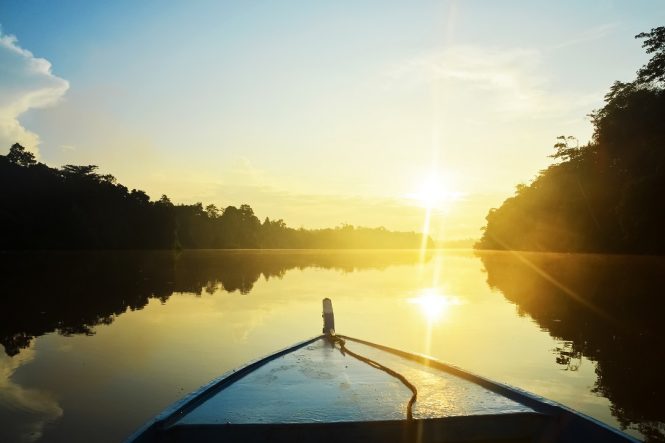 An early morning cruise on the Kinabatangan River in Sabah. (Photo: Jeremy Bezanger/Unsplash)

Nine months after nationwide movement restrictions were imposed amid a surge of Covid-19 infections, Malaysia’s ban on interstate travel has just been lifted for the fully vaccinated. Prime Minister Ismail Sabri Yaakob announced the move during a televised press conference on Sunday afternoon, with double-dosed residents free to cross state boundaries without applying for police permission from today. Roadblocks on state boundaries have since been dismantled, although random checks will be conducted on overland travelers at rest stops to verify their vaccination status.

Ismail said non-essential domestic travel could resume now that 90 percent of the country’s adult population had been fully vaccinated. Malaysians can also go on holiday abroad, as they no longer need to apply for a MyTravelPass, which granted them permission to leave the country for essential purposes. “The decision to repeal [MyTravelPass] is to allow Malaysians to connect with separated family members, spouses, to travel for work and business reasons,” he explained. However, mandatory quarantines are still in place for returning residents. The top official added that Malaysia’s borders will remain closed to international tourists for now, with only limited numbers of foreign nationals let in for reasons ranging from official business to emergencies. Ismail previously said his government was looking to reopen borders in December.

Malaysia’s move toward a Covid-endemic phase will provide some relief for its hard-hit tourism industry. A domestic travel bubble to Langkawi was launched in the middle of September; similar schemes mooted for the Genting Highlands, Melaka, and Tioman Island have been put on ice. As the inoculation drive has accelerated across the country, its caseload has declined to less than 10,000 daily infections since early October, down from a peak of nearly 25,000 at the end of August. Malaysian health authorities reported 7,373 new Covid-19 cases on Sunday.