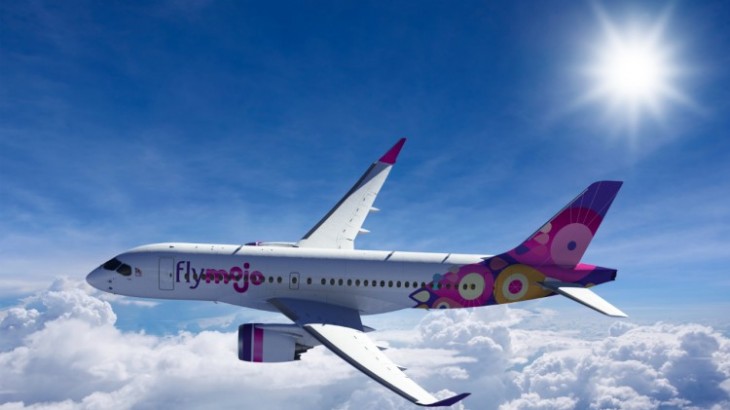 Flymojo will be the only airline in the region to order and operate the CS100.

Malaysian start-up airline Flymojo has signed a Letter of Intent with Canadian aircraft manufacturer Bombardier for the purchase of 20 CS100 aircrafts—with options to order an additional 20—making Flymojo the first airline in the region to purchase and operate this particular aircraft. Set to begin operations in the first quarter of 2016, the new airline will serve the Asean countries and its bordering regions out of two main hubs: the Senai International Airport in Johor on the Malaysian peninsula as the primary hub and the Kota Kinabalu International Airport on the island of Borneo as the secondary hub. These bases were strategically chosen to improve connectivity between the two parts of the country separated by water. Additionally, as the only airline utilizing the Southern Corridor as its headquarters, Flymojo hopes it will boost tourism into Sabah and Sarawak as well as catalyze government initiatives in Iskandar Malaysia, the country’s developing business and tourism destination (and home to Legoland and Hello Kitty Town).