Interstate travel is being banned and all non-essential businesses will close for the next two weeks in areas such as Johor, Kuala Lumpur, Melaka, and Sabah. 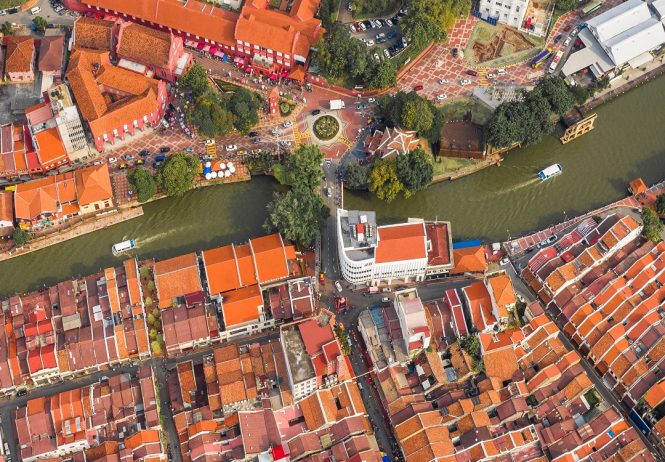 A bird’s-eye view of the UNESCO-listed historic center of Melaka. (Photo: Lloyd Alozie/Unsplash)

Less than a week after Malaysia logged a record daily high of 3,027 new coronavirus infections, Prime Minister Muhyiddin Yassin announced strict new curbs yesterday evening in a televised address to the nation. “The situation today is indeed very alarming,” he said. “Our healthcare system is under tremendous pressure now [more] than at any other time since the start of the pandemic.”

From tomorrow until January 26, a Movement Control Order (MCO) will be in effect in eight of the country’s hardest-hit states and federal territories, namely Johor, Kuala Lumpur, Labuan, Melaka, Penang, Putrajaya, Selangor, and Sabah. These regions are home to roughly 20 million people out of Malaysia’s total population of 32 million. Unlike the MCO imposed nationwide between March and May last year, individual states have been assigned different restrictions according to a three-tiered system depending on the severity of their local outbreaks. Kedah, Kelantan, Negeri Sembilan, Pahang, Perak, and Terengganu are being placed under the slightly less stringent conditional MCO, while Perlis and Sarawak will be subject to the lowest level of restrictions, or recovery MCO.

Across Malaysia, interstate travel will be banned and roadblocks set up at midnight tonight in MCO areas, where just two people per household are allowed in a vehicle to buy essential supplies. Traveling between districts within MCO areas will also be prohibited. Dine-in services at eateries are being suspended for the moment, with venues only permitted to offer takeout. Restaurants in regions under conditional and recovery MCO can continue serving customers inside their premises with strict safety measures in place. Muhyiddin added that all mass gatherings and group sports will be temporarily banned in MCO and conditional MCO areas; social activities can only go ahead only in Perlis and Sarawak. Based on its continuous risk assessments, Malaysia’s health ministry will decide whether the lockdown needs to be extended before the two-week period is over.