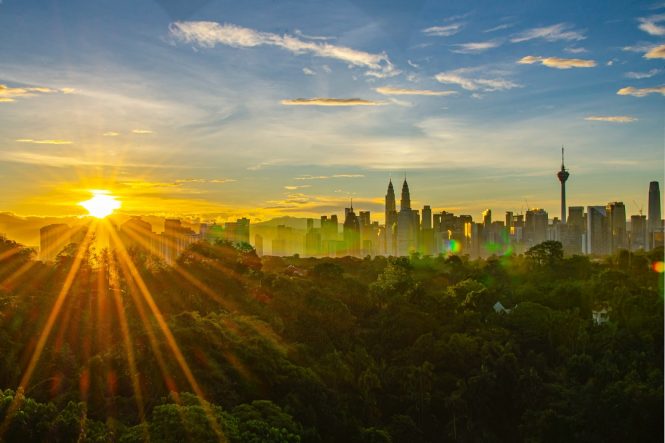 Malaysia’s health minister Khairy Jamaluddin announced an end to the masking requirement indoors with immediate effect on Wednesday (September 7), with masks becoming optional except for healthcare settings such as hospitals, clinics, and nursing homes, and on public transport. As the definition of the latter includes airplanes, trains, taxis, and e-hailing services, they will remain necessary aboard international flights bound for Kuala Lumpur and other Malaysian destinations. The new rules put the country largely in step with neighboring Singapore, which rescinded its own indoor mask mandate on August 29.

At a press conference, Khairy said facial coverings were “highly encouraged” when in crowded places. High-risk individuals like pregnant women, the elderly, and anyone with chronic diseases are still urged to mask up indoors, while those who test positive and leave their homes to undergo health checks at Covid-19 Assessment Centers will need to cover their faces at all times. Business owners have the flexibility to decide whether masks are mandatory within their premises. “Some owners might feel that they are exposed and the risk is high if masks are not worn,” Khairy said.

Wednesday marked an end to more than two years of mask-wearing rules in Malaysia. The mandate was first imposed on August 1, 2020 and applied both outdoors and indoors; this past May saw the relaxation of the policy for outdoor settings. The health minister said it was time to roll back restrictions based on the current situation, though he cautioned against taking the virus lightly even as the country moved toward an endemic stage. “If cases rise and become severe again, the government will reimpose the mandate,” he added.

According to the latest official statistics, 84.2 percent of Malaysia’s total population is now fully vaccinated, while 49.7 percent have received their first booster shot. Authorities recorded 2,428 newly confirmed cases in the 24 hours leading up until midnight on September 8, but the active case count dropped by 252 to 27,076 nationwide.