Similarly, Michelin-starred restaurant Man Wah has been given updated interiors and a new menu. 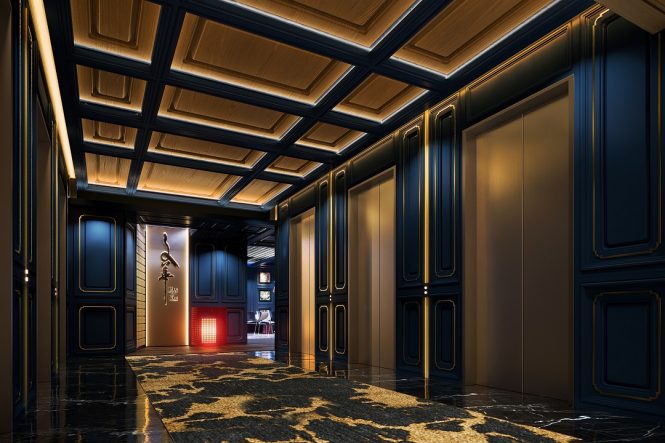 Come February 1, Hong Kong–based staycationers can look forward to the opening of a brand-new club lounge and two top-floor dining venues at the Mandarin Oriental hotel following a six-month renovation. The Mandarin Club is a 575-square-meter space that features a dining area and boardroom, and Club guests can soak up the views of Statue Square and the surrounding cityscape from its perch on the 23rd floor.

Two stories up, one-Michelin-starred Cantonese restaurant Man Wah will welcome back patrons with a redesigned interior and a new menu by executive Chinese chef Wing-Keung Wong, featuring delights such as Hakka-inspired braised pork belly steamed with taro, and deep-fried matsutake mushroom pudding — a vegetarian take on a Qing dynasty creation usually made with chicken testicles. 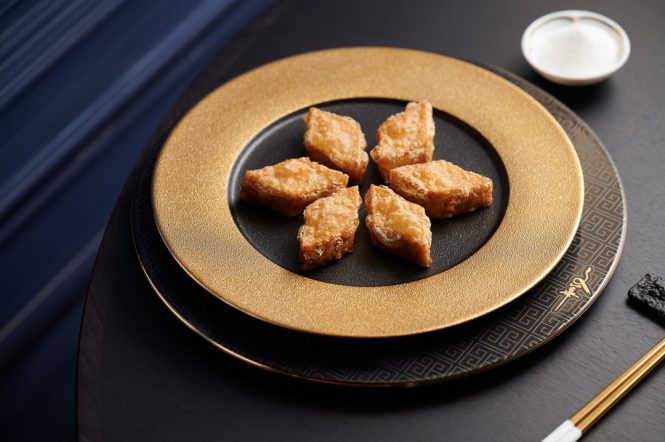 Deep-fried mushroom pudding, one of the highlights of the new menu at Man Wah. (Photo: MOHG)

Also on the 25th floor, The Aubrey takes the place of beloved French fine-dining restaurant Pierre, which permanently closed down last July after a 14-year run. The Mandarin has collaborated with global restaurant group Maximal Concepts to create a Japanese venue that takes its design cues from izakayas in Ginza and Japonisme, a mid-19th-century European obsession for Japanese art and design that emerged soon after the country opened up to the world.

To celebrate these upcoming openings, the M.O. has launched the Club Escape room package, priced from HK$5,880 (US$758) per night. Guests who book the offer will receive a raft of benefits, including an off-menu food testing for two at Man Wah, one signature cocktail (also for two) at The Aubrey, late checkout until 6 p.m., and 30 percent off the best available rate for a second night.

Those with access to The Mandarin Club can expect a private check-in and checkout experience, and enjoy complimentary breakfast and afternoon tea, as well as non-alcoholic drinks and light snacks throughout the day. Every evening, canapés will be served with a selection of champagne, wines, bottled cocktails, house spirits, and beer. 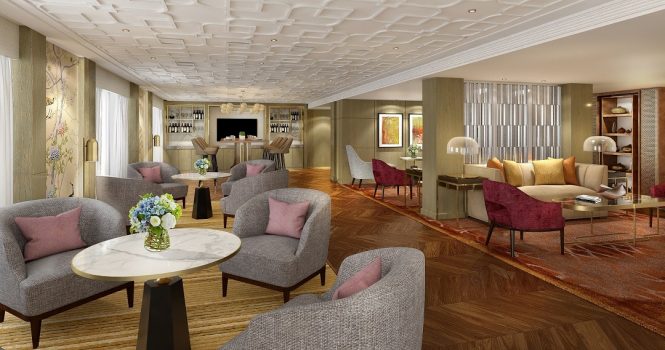 An artist’s impression of The Mandarin Club. (Image: MOHG)