The football fanatics of Marriott Bonvoy can now look forward to once-in-a-lifetime experiences with Manchester United Football Club, including VIP access to games and meetups with their sporting idols. Marriott Bonvoy has announced a new partnership with Manchester United, which allows its members to enjoy exclusive experiences during the club’s pre-season tour in Perth, Singapore, and Shanghai.

Alan Tsui, vice-president, digital, loyalty and portfolio marketing, Marriott International Asia Pacific said: “Our partnership with Manchester United drives our members’ passion for sports by providing VIP access to the games and opportunities to be closer to their sporting idols.”

“Together with Marriott Tours & Activities, we offer approximately 120,000 experiences in 1,000 destinations available for purchase or by redeeming points, giving members more ways to redeem their points for travel, sports, music, and culinary experiences they are most passionate about.”

During Manchester United’s Pre-Season Tour kick-off in Perth, Australia, members can look forward to a VIP hospitality experience within the VIP Sports Bar at Optus Stadium, as well as meetups with Manchester United legends Bryan Robson and Denis Irwin.

Meanwhile, they can also enjoy a VIP hospitality experience in the Manchester United suite at Singapore’s National Stadium during the Pre-Season Tour Match vs. Inter Milan in Singapore. In addition to a meet and greet, they can also look forward to a local mooncake making workshop with Robson and executive Chinese chef Bryan Wong from Wan Hao Chinese Restaurant.

Unfortunately sold out, the ultimate fan experience will see two Marriott Bonvoy members experience the Manchester United Pre-Season Tour in Asia like a first-team player by joining the team on their exclusive charter plane as they travel from Singapore to Shanghai. That’s not all, they’ll also enjoy access to a Manchester United training session, have their pictures taken pitchside with a Club Legend and enjoy hospitality to the match against Tottenham Hotspur F.C. 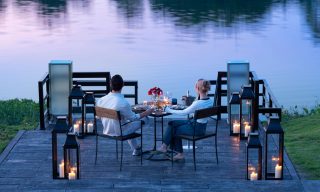 Marriott Bonvoy to Extend Elite Status and Benefits Through February 2022 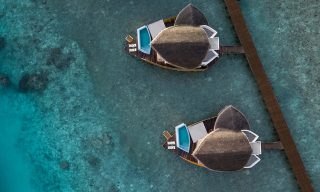 Marriott to Open More Than 30 Luxury Hotels in 2019

Massive expansion plans are in the works for well-loved brands including The Ritz-Carlton, St. Regis... 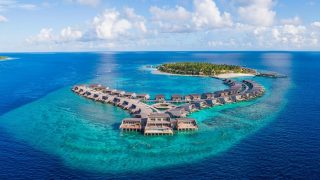 Members of loyalty program Marriott Bonvoy can earn up to 85,000 bonus points over an 85-day period. 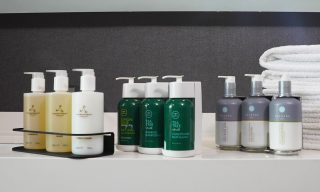 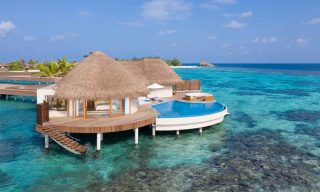 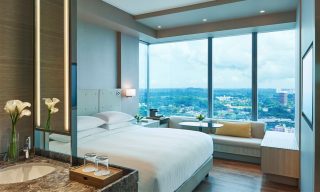 Singapore’s First Courtyard By Marriott To Open In November