If all roads in Italy lead to Rome, all hearts to Venice, and all artists to Florence, then all Italian business goes to Milan. This should put the Italian fashion capital—the country’s second city in terms of population and numero uno when it comes to wealth—on the itinerary of 20 million travelers in 2015, the year of Expo.

Two women catch my eye on Via della Spiga, in the heart of Milan’s most upscale fashion district. Which one embodies this city best? Is it the twenty something signorina on the left wearing a chili-red three-quarter-length fur coat and impossibly high stiletto heels that have no business navigating the cobblestones of this street? Or is it the mink-swathed woman on her right, possibly the girl’s mother, judging from the way the two are walking arm in arm?

The younger lady may exemplify the essence of trendy, fashion-impassioned Milan, but her elegant companion, more sensibly shoed and toting a leather Trussardi bag, is demographically more representative of this northern Italian city of 1.35 million. The median age here is 45, with septuagenarians outnumbering people in their twenties.

But you wouldn’t know that walking down Via della Spiga, because so many shoppers on this street and throughout the well-touristed Quadrilatero della Moda district are foreigners. Some are trophy wives from elsewhere in Europe out on shopping sprees with seemingly limitless credit lines. Others are buyers; you see them thick as flies during Fashion Week in the spring and autumn. But these are the colorful exceptions. Milan is more often (and more accurately) described as “gray” by visitors and residents alike—not only for its architecture and its smog, but also for its gray-haired population, who are reputed to be a little too staid and a little too conservative, at least by the standards of their fellow Italians.

Milan’s movers and shakers expect to improve that image with Expo Milano 2015, which kicks off in May and runs through October. Milan won the bid to host the next world’s fair back in 2008, hoping the event would burnish its coveted image of urban dynamism and innovation, serve as a catalyst for infrastructure improvements that needed to be made regardless, and encourage investment. The campaign was spearheaded by Letizia Moratti, Milan’s first woman mayor; her incumbency alone suggested a change in direction for the city.

Current mayor Giuliano Pisapia cheerleads Expo as a vehicle for propelling Milan (and the country) out of its current economic slump. He cites surveys documenting the optimism of his fellow citizens about the fair, in spite of a series of corruption charges involving Expo managers over the last year.

“Optimistic” isn’t usually the first word that comes to mind when describing a typical Milanese; “fast-moving,” “competitive,” and “cynical” are more frequently heard adjectives. The latter cling to the vestiges of an earlier era of Italian politics: local son Silvio Berlusconi was Italy’s prime minister three times between 1994 and 2011, making him the country’s longest-serving postwar leader.

A photographer friend of mine, Matteo, sums up his fellow Milanese this way: “When you call someone who is late for an appointment and you say, ‘Where the hell are you?’, the answer is typically, ‘Sono già li [I am already there].’ They may still be on the other side of the city, but they want to give the impression of being on time and efficient. Of course it’s not true.”

Six months before Expo’s opening day, the city was already “not there.” I have lived in and around Milan on and off for almost 30 years, and when I was walking around in December, the center of town—not to mention the fairgrounds themselves—looked like a huge construction site, with skeletal skyscrapers and scaffolding dotting the landscape. Damiano Gullì, a spokesman for the Triennale Design Museum, one of the city’s cultural bellwethers, sees these changes as positive.

“The skyline of Milan has been transformed in recent years,” he tells me. “You can see it at Piazza Gae Aulenti [the new regional-government headquarters] and in the Porta Garibaldi area.” Gullì also says the art scene has improved, citing a spate of new galleries. “Expo is bringing more changes,” he adds.

Yet Matteo laments the fact that his city is not “truly modern and vivacious,” in spite of the surge in construction and public spending. Recent expenditures on such projects as transportation upgrades and the Piazza Gae Aulenti were long overdue, he says, and many promised improvements—a new metro line, new waterways—haven’t happened. What has gotten lost in the building frenzy, he says, is the architectural splendor created between the 1930s and ’70s. “Some of these are really beautiful buildings, but they aren’t understood and many have been
ruined by careless restructuring. The city has given the green light to changes that have destroyed the value of the original architecture.”

He particularly mourns the fate of the Palazzo Mondadori, headquarters for the Mondadori publishing empire. It was designed by Brazilian architect Oscar Niemeyer and is the only example of his work in Italy. “It is a marvel every time I see it,” notes Matteo, “but it is ever more choked by ugly buildings, office structures, and roads that make it more and more difficult to admire.” 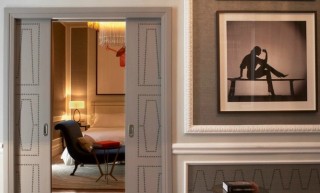 London-based Hirsch Bedner Associates, has used Valentino as its anchor point for the design of the ... 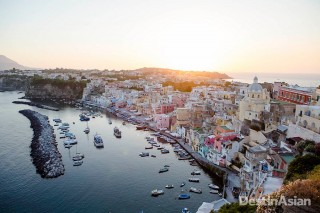 A sailing trip off the Campania coast reveals a whole new dimension to Italian cuisine. 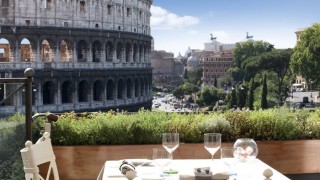 One of Rome’s oldest hotels, the five-star Palazzo Manfredi, has just opened its Colosseum Suite.

Need a reason to visit Venice? The city is abuzz with events and openings this summer. 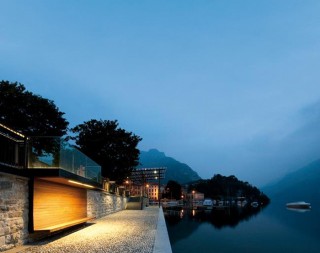 If you make the journey to northern Italy’s Lake Como, you might as well stay at a special place.