Inside a guest room at sister hotel The Bailey’s.

Forget about trying to reach premium or elite status—Singapore-based Millennium Hotels and Resorts has ditched its old three-tiered guest-rewards program in favor of a streamlined, single-tier scheme called My Millennium. Together with a new app, it offers a simpler and more flexible way for members to maximize and redeem their benefits across the group’s entire portfolio of properties worldwide.
Here’s how it works. Under the new program, every dollar that a My Millennium member spends on a hotel room (exclusive of taxes) earns 10 “My Points.” And double points will be awarded on every block of 10 nights, a generous incentive that enables guests to earn twice as much without navigating the complications of a tier-level program.

Thus, if a member books a stay of 10 “qualified” (ie. non-promotional) nights at a participating property that costs, say, US$200 a night, he or she will earn a base total of 20,000 points that upon completion of the stay will be doubled to 40,000 points. These can then be immediately redeemed across a spectrum of stay enhancements or lifestyle rewards including upgrades, discounted amenities, dining vouchers, partner offers, and of course free rooms. My Points are locked at a value of .5 cents, so redemptions are easy enough to calculate: 20,000 points will buy a $100 hotel room. The terrace of the Chelsea Riverside Brasserie at London’s The Chelsea Harbour hotel, an all-suite millennium property set beside a yacht-filled marina on the Thames.

“What we used to have was very similar to what every hotel chain has, a program that usually translated into one free night for every 25 to 30 nights booked,” Franck Kermarrec, Millennium Hotels and Resorts’ global chief marketing officer, said at a press gathering in April at London’s The Chelsea Harbour Hotel, an all-suite Millennium property overlooking the River Thames. “Talking to our customers, we realized that this was far, far from what they expected. And looking at our scale and financial flexibility, we decided that we could actually offer something quite different from the bigger players in hospitality —to truly recognize our members. So we’ve gotten rid of the tiers and added key features like member exclusive rates, points doubling every 10 nights—the equivalent of a free night for every 10 paid—and even more lifestyle rewards.”

Millennium’s partnerships with various third parties are an attraction in their own right; points are redeemable for vouchers that can be used on members’ Spotify or Uber accounts, or at retailers such as Marks & Spencer and Macy’s, depending on where the guest resides. For fans of football, the group’s global hotel partnership with Chelsea FC is another plus; My Millennium members can avail themselves of a host of special experiences with the club, including meet-and-greets with players, box seats at Chelsea’s Stamford Bridge stadium, visits to the club’s training ground in Cobham, Surrey, even joining the players on their plane when they’re traveling to a Europa League game. The red-brick facade of The Bailey’s, a historic 212-room hotel in London’s Kensington district.

Additionally, members are entitled to exclusive rates (at least 10 percent off best available rates, potentially much more) when booking direct; they will also earn triple points and access to more rewards during their birthday month. And if that’s not enticement enough, until September 30 this year, members who book just one night’s accommodation are eligible to enter Millennium’s Stay Like a Millionaire draw for the chance to win one million points.

With 110 properties in 77 destinations across the world, Millennium Hotels and Resorts offers an equally varied range of accommodations. The group’s brands include value-priced Copthorne and Kingsgate, Grand Millennium and Millennium, Studio M and M Social (both of which debuted in Singapore in 2016), and Leng’s Collection, a portfolio of 10 distinctive hotels handpicked by Singaporean property developer and company chairman Kwek Leng Beng. These range from The Lakefront Anchorage in Alaska to the Grand Hotel Palace in Rome, while no less than three are located in England: the aforementioned Chelsea Harbour Hotel and 141-year-old The Baileys in nearby Kensington; and the Hard Days Night Hotel in Liverpool. With its Fab Four theme and proximity to Mersey Beat–era landmarks (the famous, albeit reconstructed, Cavern Club is just around the corner), the latter is a must for Beatles fans and nostalgia buffs. As with Millennium’s other European properties, these British hotels also allow guests to benefit from the group’s new Culture Vulture offer. Aimed at encouraging travelers to explore the culture of the city in which they are staying, the initiative rewards all guests with a 20 percent discount off their room’s flexible rate—as well as late checkout when available—when they present proof (e.g. a ticket stub) of having visited a museum or art gallery or attended a local concert, theatrical production, or other cultural event. In the vicinity of the Hard Days Night Hotel, for instance, qualifying venues include everything from the Tate Liverpool to the Cavern Club and The Beatles Story, which bills itself as the world’s largest permanent exhibition devoted to the lives and times of Liverpool’s most famous sons.

And for My Millennium members, the program will knock an additional 10 percent off their room rate. If that doesn’t earn a loyal following, we don’t know what would.

This article originally appeared in the June/July 2019 print issue of DestinAsian magazine (“Straight to the Points”). 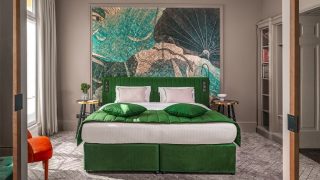 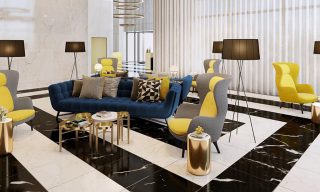 Millennium Hotels & Resorts is Giving Away a Million Points

To celebrate its launch of My Millennium Guest Reward Programme, the hospitality group is giving one...

The changes to global loyalty program My Millennium allow guests to unlock a new range of benefits.