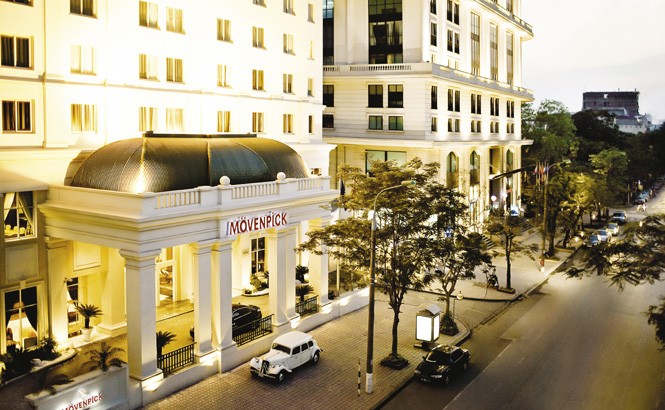 Above: Mövenpick Hanoi is to be complemented by a new cliff-top resort in central Vietnam.

Mövenpick Hotels & Resorts announced on June 27 it will manage new hotels in Vietnam and the Philippines from 2015.

The Mövenpick Resort & Spa, Quy Nhon, Vietnam is scheduled to open in 2015 while the Mövenpick Hotel Makati, Makati City, Manila, will be unveiled the following year. The hotels bring the number of Asia properties under development by the Swiss hotelier to 18. Mövenpick chief operating officer Andreas Mattmüller said the company wanted to operate 25 hotels in the region by 2015.

Overlooking the South China Sea in central Vietnam, the 180-room cliff-top resort will be the company’s third hotel in the country—existing properties are in Saigon and Hanoi. The nine-floor central building will be fringed by 52 villas, which will derive some of their energy from a nearby wind power station.

Mövenpick’s city hotel in Manila will be based in the Mövenpick Hotel & Residences Tower in Picar Place, and feature 304 rooms and suites in addition to 250 residences. Mövenpick currently operates hotels in Cebu and Huma Island, Palawan.