The blanket ban on commercial flights will be lifted next month, though incoming travelers will likely face mandatory quarantines. 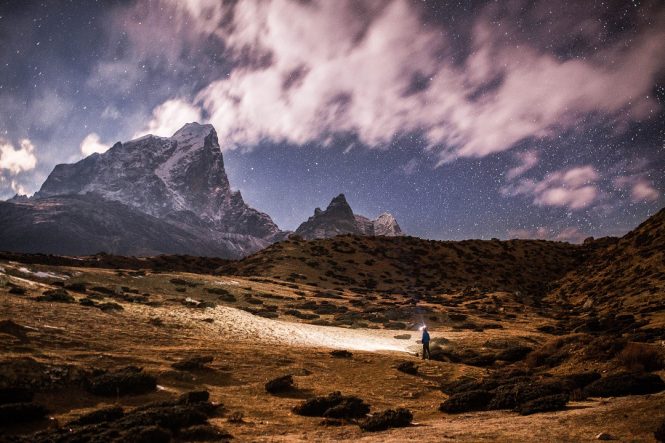 Nighttime scenery on the trek to Everest Base Camp. (Photo: Martin Jernberg/Unsplash)

Following a Cabinet meeting earlier this week, the Nepalese government made the surprise announcement that all international and domestic flights would resume on August 17. The move comes just before the start of the autumn trekking season from September to November, which typically draws a third of the 1.2 million overseas tourists who visit Nepal on an annual basis. Hotels and restaurants have been given the green light to be fully operational from July 30, while trekking and mountaineering activities are allowed to resume on the same date.

Government ministers cited falling numbers of coronavirus cases nationwide as the main factor behind the decision, and Nepal’s Tourism and Civil Aviation Ministry has said it will now draw up safety protocols to be rolled out at points of entry and onboard passenger aircraft. Regular flights have been suspended since late March, when airports across the Himalayan nation were closed to curb the spread of Covid-19.

The sweeping restrictions kicked in just before peak season for trekking and mountaineering. By the government’s own estimate, Nepal has lost more than US$332 million in tourism revenue over the past four months, and at least 350,000 people in related industries were made jobless by the economic fallout of the Covid-19 pandemic.

Nepal’s borders remain closed and internal travel has been effectively banned for the past four months. According to The Kathmandu Post, immigration statistics showed that only 13 foreign citizens entered Nepal throughout the entire month of April, a paltry number that increased to 30 in May and 100 in June—not even reaching 0.1 percent of the more than 100,000 visitors expected during each of those months. All those who came into the country were diplomatic staff.

From August, travelers arriving in Nepal must carry a health certificate proving they are free of Covid-19, but authorities haven’t yet given details on whether they will only accept PCR tests. A mandatory 14-day quarantine period will likely remain in force. Members of the local tourism industry are now lobbying the government to reduce the length of time needed in quarantine and consider viable alternatives, like setting up a testing center to swab incoming passengers at Kathmandu’s airport.