Following a successful launch in July, flights between Changi and Nouméa have gone up to four times a week. 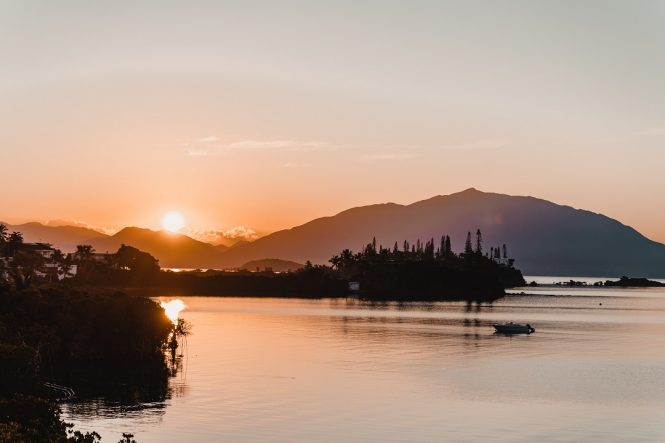 Singapore residents keen to visit the French overseas territory of New Caledonia can look forward to even more flexibility, thanks to additional flights on a new route that only made its debut on July 1. Aircalin has responded to strong market demand by boosting frequencies between Singapore and Nouméa, increasing the number of weekly services from two to four a week.

Operating an Airbus A330-900neo aircraft, Aircalin’s new flight program will see alternating departures from Singapore in the morning and late at night with an early arrival in Nouméa. For return flights to Singapore, the configuration is identical, with two flights departing Nouméa in the morning and two flights in the evening. These new schedules allow travelers to benefit from a wider choice of connecting flights in both directions, especially to/from other points in Southeast Asia, and to/from Pacific Islands like Tahiti via Nouméa.

Small changes in timing have been made to the existing flights every Friday and Sunday. The westbound service will now depart Nouméa’s La Tontouta International Airport at 1:05 p.m. and arrive in Changi at 6 p.m. the same evening; the eastbound flight will then leave Singapore at 8:50 p.m. to touch down in Nouméa at 8:35 a.m. the following morning. Aircalin has also added flights on Tuesdays and Wednesdays, when passengers depart Nouméa at 1 a.m. to reach Changi at 6:45 a.m.; New Caledonia– bound holidaymakers will take off from Singapore at 10:25 a.m. and land at 10:10 p.m. local time. The journey time in both directions is an estimated eight hours and 45 minutes.

Aircalin’s Airbus A330-900neos being flown to and from Singapore have a total capacity of 291 passengers. Customers traveling in Hibiscus Class, the New Caledonian carrier’s business-class offering, can expect 26 flatbed seats equipped with 15.6-inch high-definition screens. Further back, there are also 21 recliner seats in premium economy and 244 standard economy seats; the latter two cabin products feature individual screens measuring between 11.1 and 13.3 inches wide.

Singapore is Aircalin’s second Asian destination after Tokyo Narita, while Nouméa has become the second destination in the South Pacific that is served nonstop from Changi. Fiji Airways currently operates regular flights to and from Nadi. Tickets to Nouméa start from S$1,070 (US$756) for economy, S$2,062 (US$1,457) for premium economy, and S$3,282 (US$2,319) for business class, with seats bookable through Changi Recommends and aircalin.com.