The country will stay at Alert Level 4 until Friday night, but Aucklanders are being asked to stay at home for the rest of this month. 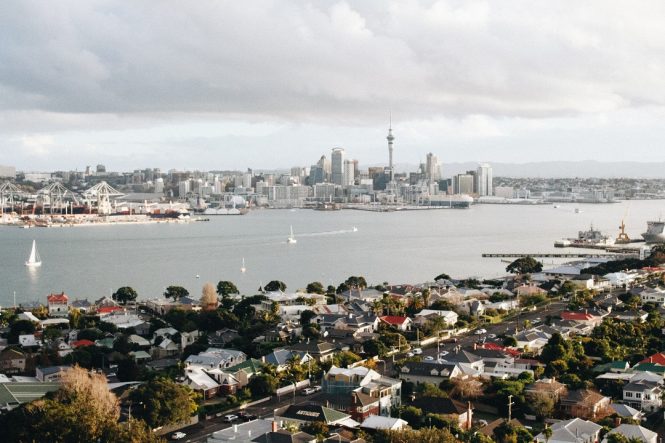 A view of downtown Auckland from the North Shore. (Photo: Kirsten Drew/Unsplash)

With New Zealand logging 35 newly confirmed cases on Monday, its Prime Minister Jacinda Ardern has announced that current lockdown restrictions will remain in force for most of the country until the end of the working week, with the coronavirus curbs set to be reviewed on Friday before their expiration just before midnight. As for Auckland, a weeklong extension will see New Zealand’s largest city stay at Alert Level 4 until 11:59 p.m. on Tuesday, August 31.

Ardern said that retaining the current lockdown setting was the safest option, and would give a clearer picture on how far the outbreak had been contained. “We don’t yet believe we’ve reached the peak of this outbreak or necessarily the edges of it,” she added.

The entirety of New Zealand was plunged into the highest lockdown restrictions last Tuesday after the emergence of a single case of the Delta variant in the community. Genome sequencing has linked that infection to a returning traveler from Sydney, and there are currently 107 active cases nationwide, 99 of which are in Auckland and eight in Wellington. Based on testing data over the past week, Ardern said that the reproductive number of the Delta variant may be six or higher, meaning that one infected person may be passing the virus to six other people on average.

Health authorities are now investigating how the virus made the leap from a returnee who stayed at the Crowne Plaza, a designated quarantine hotel in downtown Auckland, to the wider community. There are now over 250 places of potential exposure across New Zealand, and more than 14,000 contacts have been identified around the country, with around 100 of those located in the South Island.

Under Alert Level 4, masks are mandatory in both indoor and outdoor settings, and residents can only leave their homes to shop for essential goods, exercise within the neighborhood, receive necessary medical care, and get tested for Covid-19. Lockdowns are still key to New Zealand’s current elimination strategy as the country ramps up its slow inoculation drive. So far, just over 1 million people, representing 23.2 percent of the eligible population, have been fully vaccinated. Another 772,000 residents, or 17.8 percent, have received one dose, while 59.1 percent remain unvaccinated.