René Redzepi, Danish chef and co-owner of Denmark’s acclaimed Michelin-starred restaurant, Noma, has announced plans to open a second restaurant. Named “108” after its destined address on the picturesque Strandgade street in the Christianshavn neighborhood, the eatery, set to be more casual from its predecessor, will be serving Denmark’s earthy dishes, such as cured squid and caramelized milk skin with braised veal tongue. The new venture will be helmed by current Noma co-owner and staffer Kristian Baumann.

While slated to open its doors in late spring 2016, lucky foodies will have an opportunity to get a first taste of the new restaurant when it takes over Noma’s current space for 13 weeks while the Noma crew relocates to Australia for a special pop-up venture. Reservations for 108 can be made online, though the management has promised there will be tables set aside for walk-in guests.

“Our restaurant will be a place for families to come together for a quick dinner on a Monday night, or for friends to sit down on a Friday evening for a longer meal, and really explore what we have to offer,” said Baumann. “We want to add value to the existing traditions of an already brilliant dining scene—and hope to influence the Copenhagen kitchen.” 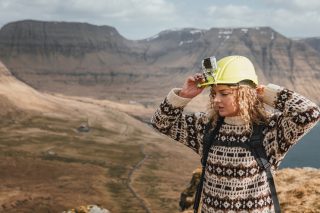 See the Faroe Islands through a Local’s Eyes

The North Atlantic Danish territory is taking virtual travel to new heights with the help of remotel...