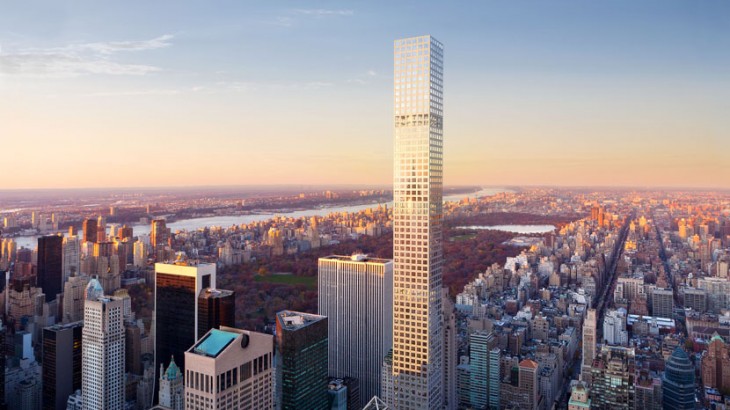 The New York City skyline will be dramatically altered in 2015 when 432 Park Avenue is complete. Topping out at 427 meters, the building is slated to be tallest residential tower in the Western hemisphere and the tallest building in New York City, when measured to the roof. Created by renowned architect Rafael Viñoly, the slender cubic building is 96 stories high and located on one of New York’s most exclusive streets.

The tower’s condominium units will range from US$1.59-million 132-square-meter apartments to a six-bedroom, seven-bath penthouse already under agreement for $95 million. Each condominium has its own private elevator, solid oak floors, Italian marble accents, and 3-meter-by-3-meter windows that flood the units with natural light and overlook sights such as Central Park, the Hudson and East rivers, and the Atlantic Ocean. The building also has a 9,144-meter space that is home to a number of amenities such as a private restaurant, 23-meter pool, screening room, and performance space.

Despite the units’ hefty price tags, 432 Park Avenue is a proving to be a popular property investment. Investment group CIM Group and developers Macklowe Properties, announced on May 28, 2013 that the property has reached US$1 billion in sales since opening its sales and marketing center in March 2013. Although the most interest has come from the United States, buyers from China, Russia, and the Middle East have already bought units.