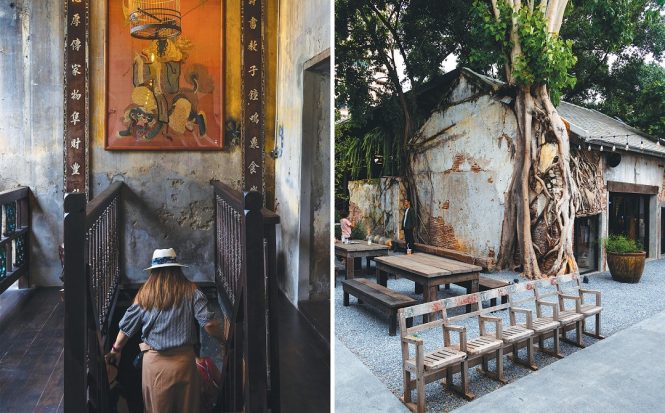 The past few years have seen a number of crumbling warehouses and estates along Bangkok’s Chao Phraya River successfully transformed into hip hangouts (The Jam Factory and Lhong 1919 are but two examples) that manage to coexist with the traditional fabric of their neighborhoods. To judge by the latest addition to the scene, the trend shows no sign of abating.

Occupying a clutch of once dilapidated houses in the historic Talad Noi neighborhood on the edge of Chinatown, Hong Sieng Kong is a Sino-Thai-style café, gallery, and events space that recently emerged from a meticulous yearlong restoration. Entry is via a blue-fronted shophouse tucked down an alleyway near the Zhou Shi Kong shrine, a Hokkien sanctuary that has stood here since Bangkok’s earliest days. The shophouse itself — where the café’s kitchen and order counter are located — dates back at least 150 years; out back, on the far side of a covered courtyard previously occupied by an auto-parts yard, are a pair of even older riverfront buildings, one which remains partially enveloped by towering strangler figs.

Hong Sieng Kong has proven a hit with café-goers for its colorful fruit pies, butterfly-pea sorbet, and Talad Noi Coffee — a strong jolt of caffeine with orange and soda. Waterside tables with sunset views across the Chao Phraya are an added bonus. But the antiques-filled interiors are the main draw. Owner Dechar Sae-Be, whose family bought the 1,600-square-meter site more than a decade ago, oversaw the renovations himself, opting for a look that embraced the property’s atmospheric state of decay: think exposed rafters, patches of bare brickwork, and the preservation of the aforementioned trees, whose vine-like roots snake across the masonry. 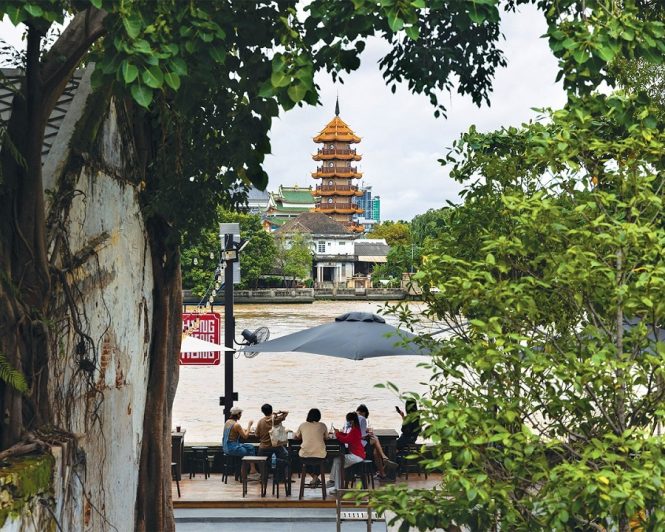 “The biggest challenge was deciding where to start,” Dechar says of the restoration. “Nobody had lived in the houses for 40 years, so everything was run-down. I just got rid of what I didn’t want, and did my best to preserve as much as I could.”

Complementing the setting is a slew of vintage furnishings and artifacts from his father’s long-established Hong Antiques shop. These include a set of carved wooden panels from early 19th-century China, a two-wheeled Chinese carriage from the same period, and a century-old Thai teak longboat once used for river processions that is now the showpiece of the outdoor garden.

Hong Sieng Kong is thronged with visitors at sunset and will soon expand its hours to dinner — further testimony to the enduring appeal of Bangkok’s storied riverfront. “This place has so much history,” Dechar says. “I just wanted to bring it back to life.” 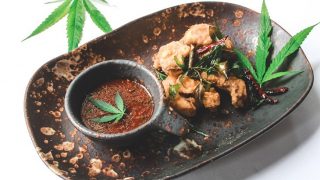 The latest offering at spy-themed restaurant The Service 1921 seeks to introduce guests to the dieta...