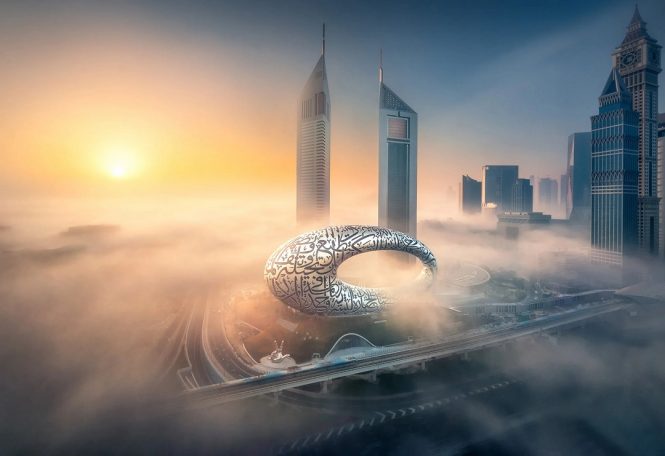 A bird’s-eye view of the Museum of the Future. (All photos courtesy of Dubai Future Foundation)

Dubai’s highly anticipated Museum of the Future has finally opened, adding one more striking landmark to an ever-growing skyline. A 77-meter-high stainless-steel ellipse sitting on a green hillock alongside the city’s main artery, the building is nothing short of extraordinary, covered in 3D-mapped Arabic calligraphy by Emirati artist Mattar bin Lahej, with a void at its center representing the unknown. And while it may be the architecture (by Dubai-based studio Killa Design) that has elicited the oohs and aahs up to now, what lies within is even more compelling.

The museum’s seven floors take visitors on a journey into the future, with experiences encompassing virtual and augmented reality, AI, human-machine interaction, and more, across five exhibitions exploring the future of space travel and living, climate change and ecology, health, wellness, and spirituality. Sheikh Mohammed bin Rashid Al Maktoum, Dubai’s ruler, has already declared it “the most beautiful building on earth,” and he may be onto something — it’s a dazzling representation of the city’s ambition, and a glimpse of what the future may hold. A close-up of the facade, which is adorned with Arabic calligraphy. 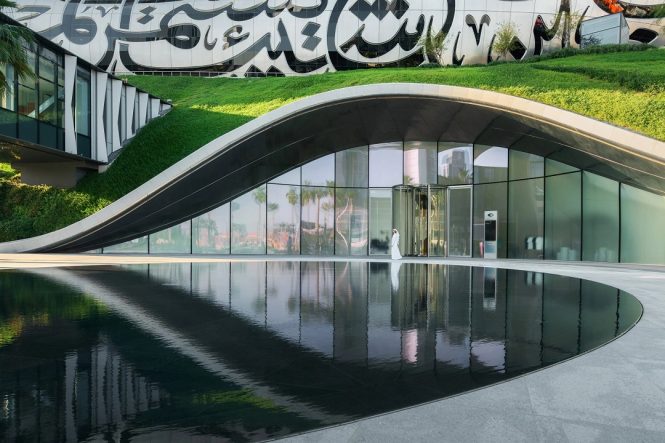 The plaza and reflecting pool at the entrance of the museum. 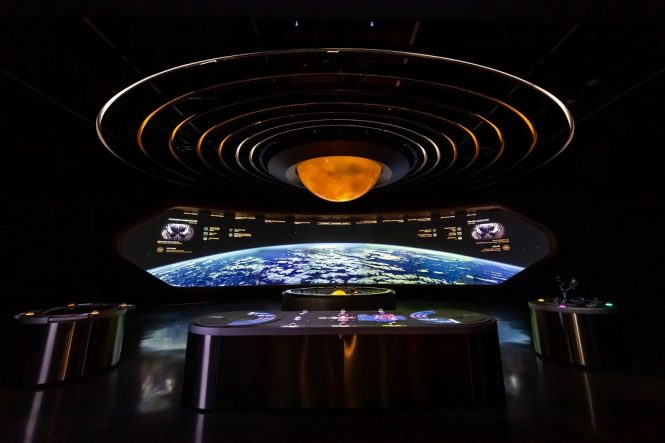 One of the galleries inside houses a space-station simulation. 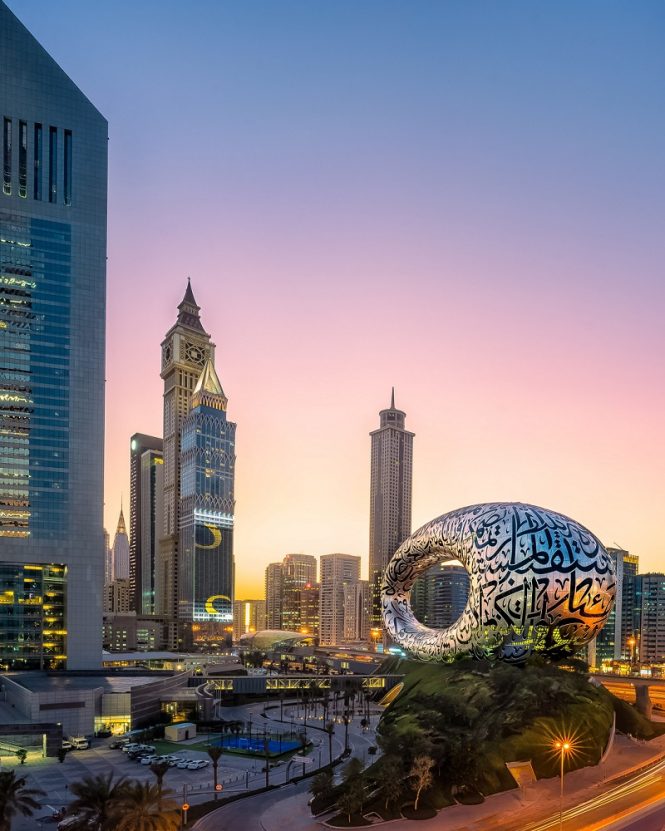 Dubai’s Museum of the Future at dusk.

This article originally appeared in the March/May 2022 print issue of DestinAsian magazine (“The Future Looks Bright”). 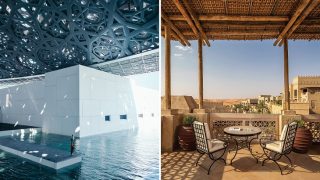 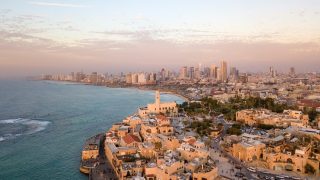 Visitors who have received both doses of the Covid-19 vaccine will get to bypass mandatory quarantin... 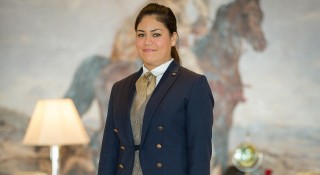