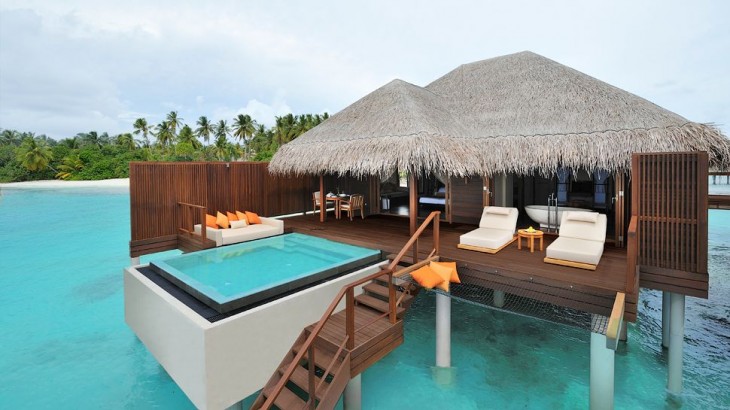 Above: an ocean villa at Ayada Maldives resort.

A number of destinations in the sub-region set new records for monthly foreign visitor volumes, including the Maldives and Nepal, which enjoyed 22 and 17 percent growth respectively in October month-on-month, and Sri Lanka, which saw a 26 percent jump in November.

With its growing numbers of visitors from Europe, China, and India, the sub-region looks set to emerge as the fastest-growing in the Asia-Pacific region, with year-on-year gains expected to reach around 11 or 12 percent, compared to 5 or 6 percent for the region as a whole.

Among the other notable findings, in November Thailand suffered a loss in foreign arrivals of 18 percent compared to a year ago, due to the flooding and perceptions around it.

But thanks in part to sustained demand our of China, other destinations in Southeast Asia fared quite well that month, including Vietnam at 43 percent growth month-on-month. And overall in Southeast Asia, growth in international arrivals for 2011 is expected at around 11 percent.

The earthquake, tsunami, and nuclear incident in Japan had an impact on numbers there in 2011. The reduction in foreign inbound arrivals in Japan is at around 29 percent year-to-date.