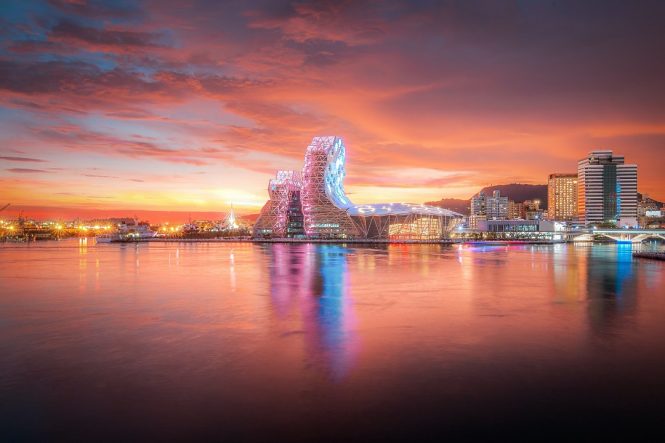 Just in time for Taiwan’s 10-day Lunar New Year break, the Philippine subsidiary of AirAsia has reconnected its main international hub and the Taiwanese port city of Kaohsiung with thrice-weekly services. Operating out of NAIA Terminal 3 in Manila, the northbound flight departs every Tuesday, Thursday, and Saturday at 4:45 p.m. and arrives in Kaohsiung at 6:45 p.m. The return flight leaves Kaohsiung International Airport at 8:15 p.m. and touches down in the Philippine capital at 10 p.m.

Philippines AirAsia CEO Ricky Isla said in a statement, “Our return to Kaohsiung signals an auspicious and positive welcome to the year of the Rabbit. Before the pandemic, this route and Manila–Taipei had immensely contributed to our growth with its consistently high traffic demand, especially among leisure travelers and overseas Filipino workers who are always searching for the best value deals. We look forward to reopening more international routes and air travel in the Eastern Region of Asia.”

Thanks to Philippines AirAsia’s latest promotion, which runs until January 29, customers can snap up an ultra-low base fare of PHP 1,812 (roughly US$33) from Manila to Kaohsiung and other international destinations. The deal is valid for travel through July 2023.

Malaysian sister airline AirAsia currently operates thrice-weekly services between Kuala Lumpur and Kaohsiung, with departures scheduled on Tuesdays, Thursdays, and Saturdays. Travelers based in Thailand or Vietnam have more options for getting to southern Taiwan: China Airlines and Thai Smile fly from Bangkok–Suvarnabhumi four times a week and daily, respectively, while Vietnam Airlines and VietJet Air both run direct flights out of Hanoi and Ho Chi Minh City. Singaporean budget carrier Scoot previously served Kaohsiung before the pandemic, but has not yet released a tentative timeline for resuming flights from Changi.