A two-week trial period will begin on Wednesday, and may be extended past the 15th if required. 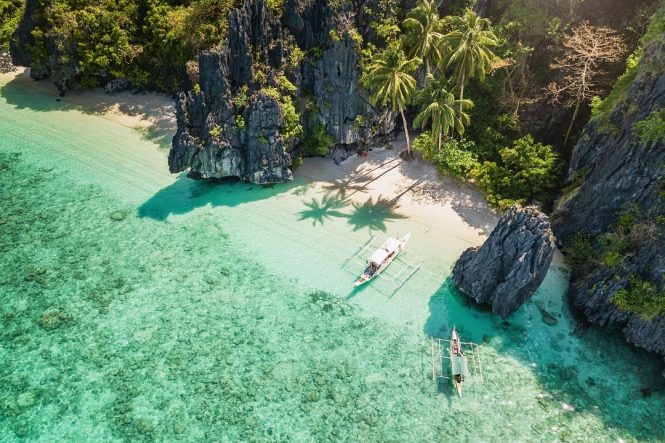 A secluded beach on an island in Bacuit Bay outside El Nido, Palawan. (Photo: MLenny/iStock)

A week after signaling that the Philippines would begin welcoming some fully vaccinated tourists in the near future, top officials have now given a concrete date for the imminent reopening: December 1. During a press conference at Malacañang Palace on Friday, acting presidential spokesperson Karlo Nograles said Wednesday would mark the beginning of a trial period lasting at least 15 days, with non-citizens arriving from low-risk places on the government’s “green list” allowed to enter the country.

He added that eligible international visitors would need to hold a return or outbound ticket, and their passports must be valid for at least another six months from the time of arrival. Travelers are also required to have stayed within green list countries over the previous 14 days. Norgales did not specify any requirements for pre-departure or on-arrival PCR tests, both of which have become standard practice for quarantine-free entry around the world.

There is no change to the list of 43 low-risk jurisdictions released in the middle of November. But the great majority do not have direct flights to the Philippines, and a number of key tourism markets — including South Korea and the United States — are conspicuously absent. Within Southeast Asia, only Indonesia made it onto the “green list”; Cambodia, Malaysia, and Singapore did not despite their high vaccination rates. Over in Europe, which has now reprised its role as the epicenter of the Covid-19 pandemic, the sole eligible country is Kosovo.

While residents of Mainland China, Hong Kong, Japan, and Taiwan will be eligible to visit starting next Wednesday, holidaymakers must undergo mandatory quarantine on the way back. In the case of Hong Kong, where health authorities still classify the Philippines as a high-risk country, returnees are required to spend 21 days in a designated quarantine hotel. For now, attracting significant numbers of foreign tourists will be a challenge as the Philippines has not yet inked any travel bubble agreements with other nations.