First imposed on August 3, the broad restrictions will remain in place until at least the end of the month. 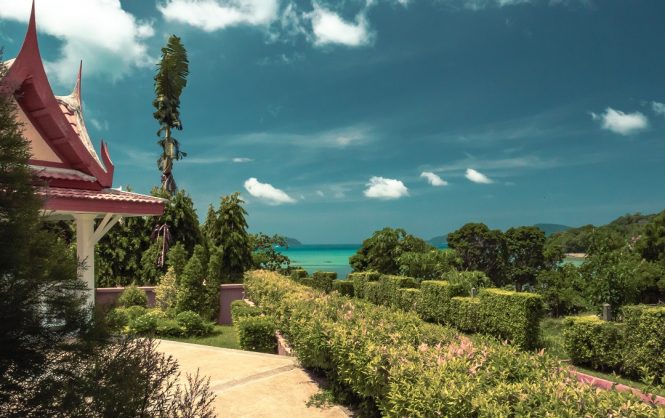 While the Phuket Sandbox scheme is still up and running, rising numbers of locally transmitted Covid-19 infections have prompted Phuket governor Narong Woonciew to maintain strict border controls and tighten social distancing rules on the island. Until August 31, domestic travelers will be prohibited from entering Phuket by land, sea, or air except for individuals who fall into certain groups, including healthcare workers providing emergency medical services or delivering essential goods, and children under six years of age under parental supervision.

From Tuesday (August 17), travelers registered as Phuket residents and anyone who has a permanent job on the island will be able to return. All those exempt from the travel ban (except for children) must have been fully vaccinated with coronavirus jabs from Sinovac, Sinopharm, and Johnson & Johnson — or received at least one dose of the AstraZeneca, Moderna, and Pfizer vaccines — at least 14 days before their arrival. Travelers will also need to present a negative result for Covid-19 through a PCR test conducted within the past 72 hours.

Under previous rules, participants in the Phuket Sandbox scheme who had traveled to other parts of Thailand after completing their mandatory 14-day stay on the island were allowed to reenter only if they held tickets for a departing international flight from Phuket’s airport. But the latest provincial order expands the privilege to anyone who holds documents proving they are tourists under the reopening plan. The checkpoint between Phuket and Phang Nga province will remain closed to all traffic except emergencies between 11 p.m. and 4 a.m. each night.

In addition, entertainment venues such as bars and karaoke lounges will be temporary closed, alongside internet cafés, martial arts schools, and swimming pools. The current alcohol ban in restaurants and hotels is being upheld, as is the limit of 50 people for public gatherings.