Tourism is about to return to Thailand’s most popular holiday island—limited domestic flights will be allowed starting next week. 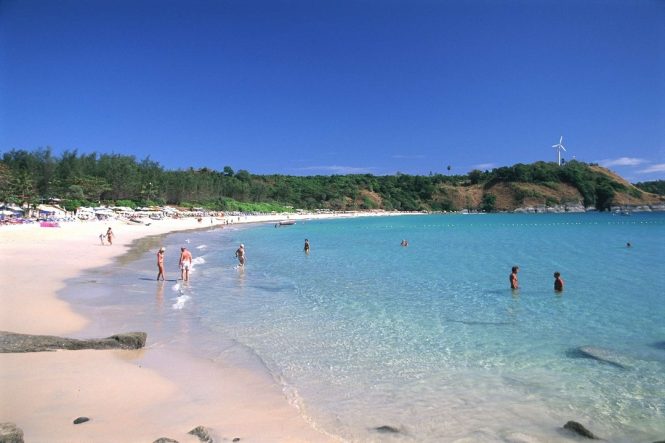 Following a meeting yesterday of Phuket’s communicable disease committee, provincial governor Pakapong Tawipat announced that it was now “safe for beachgoers to enjoy the sandy white beaches, the water, and the sun” since 15 days had passed with no new coronavirus cases on the island. He has now signed an order to reopen all Phuket beaches starting from tomorrow.

The closure of the island’s beaches took effect on March 29, when Phuket emerged as a Covid-19 hot spot, eventually recording the highest number of infections (227, including three deaths) anywhere in Thailand outside Bangkok. But no active cases remain in Phuket as the last patient being treated for the disease was discharged from hospital on May 31.

Visitors and business operators on the beach must abide by new regulations already being implemented elsewhere in Thailand. Everyone is required to wear a mask at all times and stay at least one meter apart from one another; beachgoers are also urged to wash their hands with soap and water or disinfect them with sanitizing alcohol. Local authorities will have the option of reducing operating hours and restricting the number of people on the sand to prevent overcrowding.

Last week, Tawipat signed an order to allow passenger traffic to resume through all entry and exit points by land and sea. People can now leave the island without health checks, but anyone entering Phuket via the bridge connecting it to the mainland will have to undergo temperature screening and be required to download the Mor Chana contact-tracing app.

Just as importantly, the Civil Aviation Authority of Thailand (CAAT) has given the provincial government permission to reopen Phuket International Airport for limited domestic services from June 15. The island’s main gateway—and a lifeline for the local tourism industry—has been closed since April 3. An earlier decision by the CAAT to restart operations on May 16 was reversed barely a day before restrictions were due to be lifted. When the airport comes back into service next Monday, passengers arriving from other Thai provinces will need to fill in a form detailing their recent travel history, while those leaving the island are expected to submit information on their health via the AOT Airports app.