Flights from Sydney will take off in late January, with those from Melbourne following two months later. 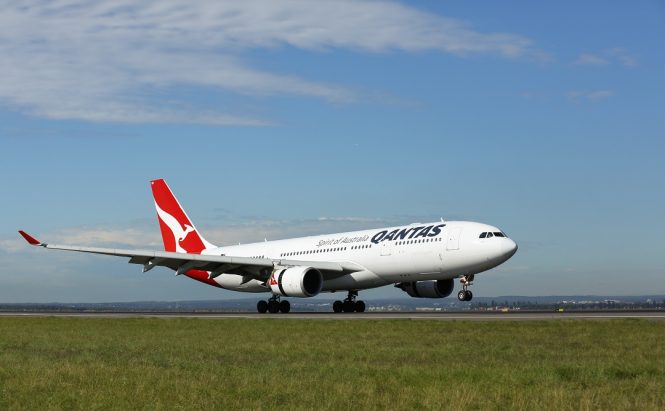 Now that mandatory hotel quarantine is no longer the rule in Hong Kong, Qantas has revealed concrete dates for the resumption of its flights between Australia and the Asian financial hub. Services from Sydney will restart on January 30, 2023 with Airbus A330-300s deployed on the route three times a week. Every Monday, Wednesday, and Friday, QF 127 is scheduled to depart Sydney at 10:15 a.m. and arrive in Hong Kong at 4:35 p.m., after an estimated nine hours and 20 minutes in the air. QF 128 will leave Hong Kong at 6:20 p.m. and touch down in Sydney at 6:40 a.m. the following morning. Qantas plans to increase the frequency to daily from February 27.

Meanwhile, daily services between Melbourne and Hong Kong are due to restart on March 26. Also operated with an A330-300, QF 029 will take off from Tullamarine Airport at 11:20 a.m. to reach Hong Kong at 6 p.m. The return flight, QF 030, will then leave at 7:45 p.m. and return to Melbourne at 8:10 a.m. the next morning. Passengers can expect a journey time of around nine and a half hours each way. The relaunch of these flights from Sydney and Melbourne were originally slated for February this year, but had to be postponed as the Hong Kong government imposed some of the strictest Covid-19 quarantine and entry rules in the world.

Australia’s flag carrier is gradually restoring its network in East and Southeast Asia. Qantas restarted regular passenger flights from Sydney and Melbourne to Singapore back in November 2021, while Sydney to Bangkok service resumed this past January. Several new routes are also being rolled out: March saw the debut of flights between Darwin and Dili on dual-class E190 aircraft; a Perth–Jakarta service is launching on November 30; and Qantas will fly from Sydney to Seoul from December 10 on a thrice-weekly basis, using A330 aircraft.