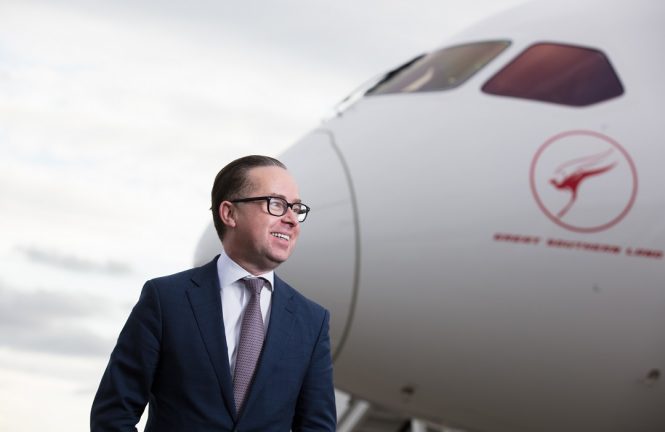 Qantas Group CEO Alan Joyce has outlined the recovery program for its two airlines after the latest report on its economic performance showed that business was “slowly turning the corner.” He said that all of the group’s domestic crew and corporate employees were back at work, as well as a small number of its international aircrew, hailing this as “a huge improvement on where we’ve been.” But Joyce did not shy away from mentioning the staggering financial damage of the Covid-19 pandemic, saying that Qantas expects to post a statutory loss of more than A$2 billion (about US$1.54 billion) in the 2021 financial year, on top of the A$2.7 billion (US$2.08 billion) loss recorded last year.

The airline boss also elaborated on new cost-cutting measures at the company. These include a two-year wage freeze for all Qantas Group employees, plus a reduction in sales commissions for travel agents on international fares from five percent to one percent, due to take effect in the middle of 2022. Joyce also announced a limited voluntary redundancy program for Qantas International cabin crew. “We have to stay focused on managing our costs, especially given the competitive environment,” he explained. “But ultimately, this is part of being able to one day grow again.”

Joyce said domestic travel was the main driver of the group’s recovery, with Qantas and Jetstar on track to reach a combined 95 percent of pre-pandemic domestic capacity for the quarter ending in June, and well over 100 percent for the next financial year. He added that business travel is now at 75 percent of pre-Covid levels, while the addition of 38 new domestic routes has helped drive domestic tourism and generate more revenue.

As for the international market, passenger capacity on trans-Tasman routes is about 60 percent of what it was in 2019. Joyce said the two-way travel bubble with New Zealand and a continued strong performance of Qantas Freight has lowered the net cost of non-operational international flying assets from A$5 million a week to A$3 million per week.

Earlier this month, the group postponed its planned resumption of international services to late December, matching the new timeline for the completion of Australia’s nationwide vaccine rollout. “Australians have done an amazing job keeping a lid on Covid,” Joyce said. “Imagine if we put that same focus on the vaccine rollout. Opening up by the end of the year seems very achievable under those circumstances.”