The airline will wait for a Covid-19 vaccine before resuming long-haul services to the United States. 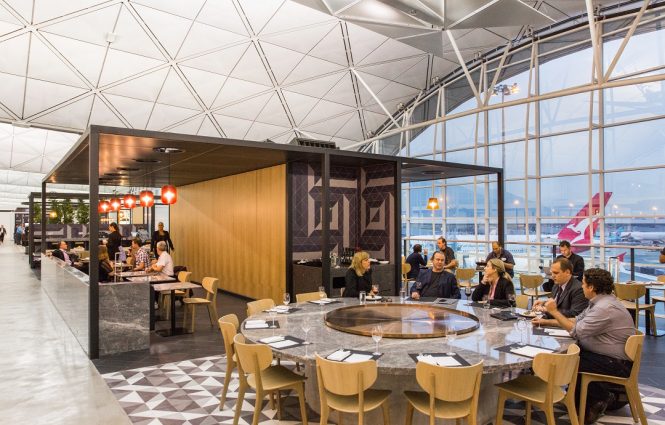 Australia’s flag carrier may not see the return of international passenger services for another 11 months. At a media briefing last Thursday, Qantas Group CEO Alan Joyce predicted that the airline would only be flying domestic routes until July. “We believe the earliest we will see the international borders opening up is the middle of next year,” he said.

Joyce added that Qantas would not return to the United States for some time, given the prevalence of the virus. The U.S. now has more than 5.5 million confirmed cases, accounting for nearly a quarter of all recorded Covid-19 infections worldwide. Qantas flights to Dallas, Honolulu, Los Angeles, New York, and San Francisco may only resume toward the end of 2021; plans to launch a nonstop service between Brisbane and Chicago, which was delayed to September, have also been put on ice. “There will probably need to be a vaccine before we could see [flights] happening,” Joyce said. “A lot of the medical advice we have, and governments around the world have, is that we could potentially see the vaccine by the middle [or] end of next year.”

Joyce said the airline’s 12 Airbus A380s had been “parked for at least three years,” and its Boeing 787s, typically deployed on transcontinental routes, were also in long-term storage. More than 100 Qantas aircraft are currently grounded; the carrier’s remaining Boeing 747s were permanently retired six months ahead of schedule.

Internal border restrictions within Australia are hampering Qantas’s recovery, and just 20 percent of its pre-Covid domestic flying capacity has been scheduled for August. Joyce said new inter-state protocols would be used to set rules for future “travel bubbles” with other countries; the Qantas CEO remained hopeful that flights across the Tasman Sea could begin earlier than July 2021. “So New Zealanders, they are an example and that should potentially open up relatively fast compared to the other countries around the world.”

Despite the pessimistic outlook, Joyce suggested that Qantas was still keen to pursue Project Sunrise, a plan to make nonstop services between cities on Australia’s east coast and London and New York a reality within the next few years. “Coming out of this crisis, we’ll be the only Australian airline that can fly long haul,” he added. “We want to expand on that when our balance sheet allows, picking up where we left off with Project Sunrise.”