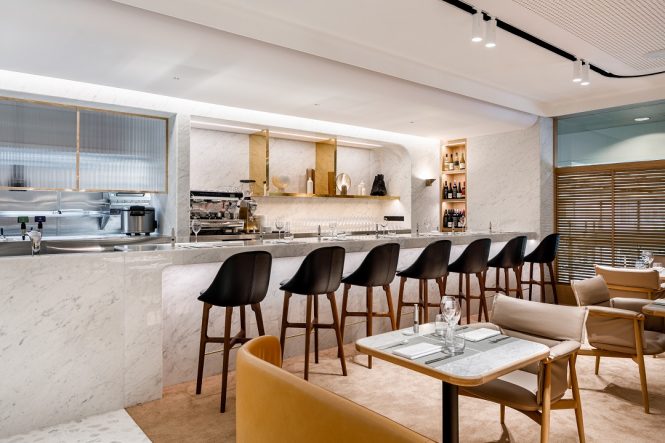 The Carrara marble bar at the Qantas First Lounge in Singapore Changi Airport. (All photos: Qantas)

After a hiatus of more than two years, Qantas Airways has now reintroduced its first-class offering to customers traveling to and from Singapore with the return of its superjumbo A380 aircraft and the reopening of its First Lounge at Changi Airport.

This week, the airline began flying its recently refurbished A380s on flights between Australia and Singapore, and Singapore and London. The aircraft’s premium cabins include 14 First Suites, 70 Business Suites — up from 64 — and 60 premium economy seats (an increase of 25), while the number of standard economy seats has decreased by 30 to 341 in all. The A380 onboard lounge has been revamped by Australian industrial designer David Caon in a “supper club style” with seating for 10 people and a bespoke snack menu.

Qantas’ First Lounge at Changi Airport was launched in December 2019 and quickly became one of the most popular lounges on the Qantas international network, but it operated for only three months before closing due to the pandemic. The space was designed by Caon in collaboration with architect Kelvin Ho of Sydney-based Akin Atelier, and features pops of greenery in a nod to Singapore’s reputation as a garden city. There are zones for dining, working, and relaxing, as well as 10 shower suites for customers to freshen up. 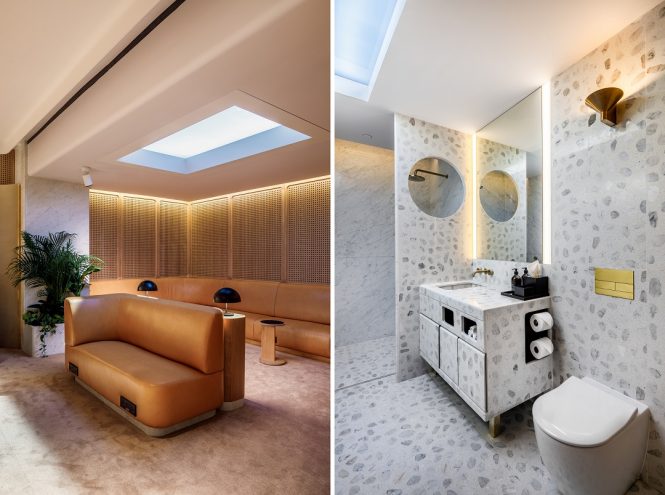 Left to right: Some seating areas feature skylights; a shower suite at the lounge. 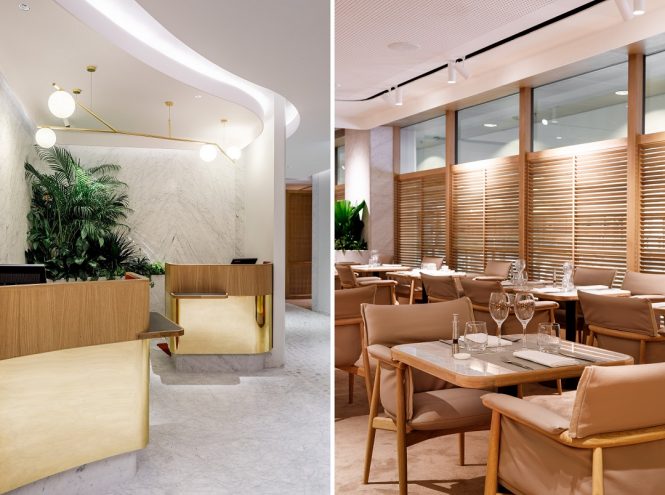 Left to right: The entrance to Changi’s Qantas First lounge; a dining area inside. 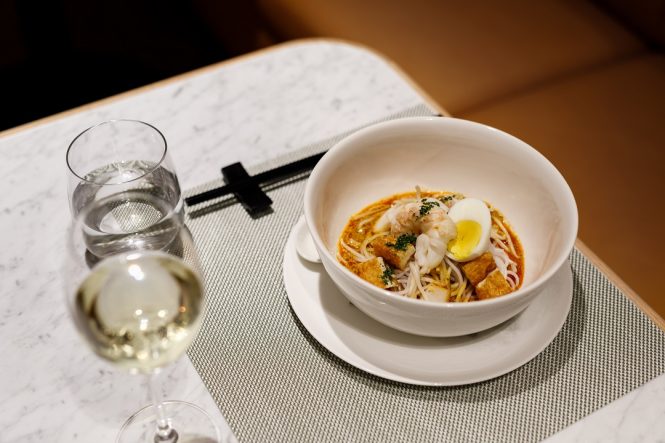 Spanning 1,000 square meters, the Qantas First Lounge has capacity for 240 guests and offers a Neil Perry fine-dining experience with a Singapore-inspired menu. Customers will get to enjoy dishes such as the signature laksa with crayfish and rice noodles, barramundi with sambal browned butter, and shrimp-based chicken wings. Over at the Carrara marble bar, the extensive beverage menu includes champagne, custom cocktails such as the Merlion Blush, and barista-brewed coffee.

Stephanie Tully, the Qantas Group’s Chief Customer Officer, said in a statement, “Singapore plays an important role in Qantas’ worldwide network as we continue to ramp up capacity in line with strong travel demand. It’s great to have our First offering back both in the air and on the ground at Changi Airport, which is consistently recognized as one of the best airports in the world.”

Qantas will operate a daily return A380 flight from Sydney to Singapore and on to London as well as 20 A330-operated flights each week from Singapore to Sydney, Melbourne, Perth, and Brisbane. 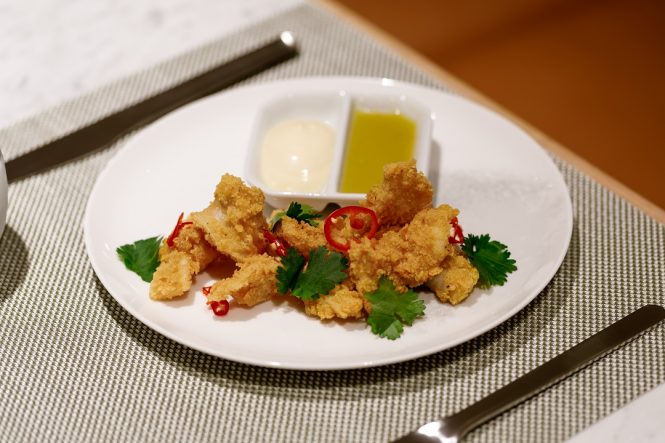 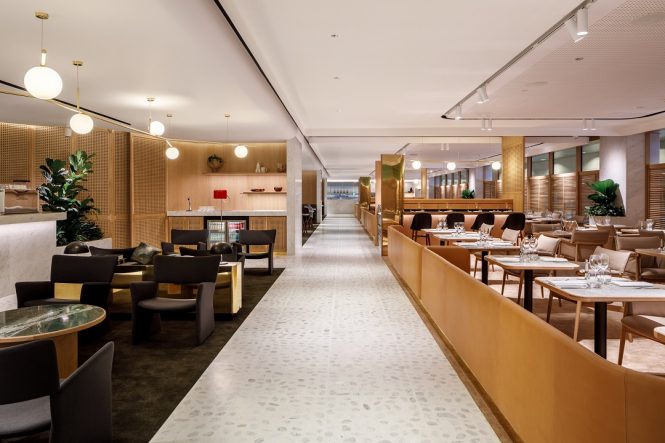 The 1,000-square-meter space is divided into zones for dining, working, and relaxing.