Flights are also being launched between Auckland and two Queensland cities in anticipation of high demand. 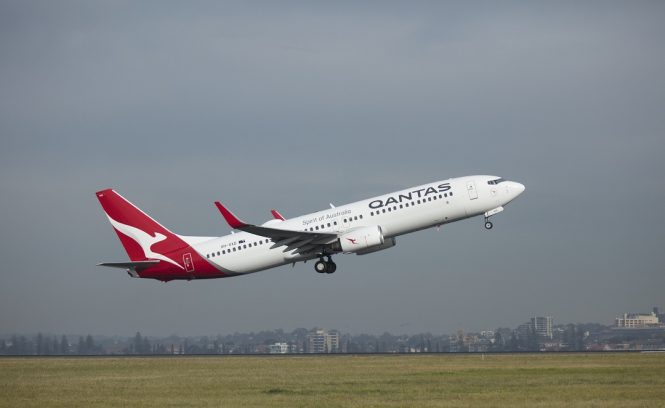 Qantas and its low-cost arm Jetstar have outlined plans to return to all their pre-pandemic destinations in New Zealand once the trans-Tasman travel bubble comes into effect on April 19. From that date, the two airlines will initially operate up to 122 return flights per week across the Tasman on 15 routes, offering more than 52,000 seats each week. Australia’s national carrier will also launch two new nonstop routes from Auckland to Cairns and the Gold Coast, in direct competition with Air New Zealand.

Qantas’ schedule includes direct flights from various Australian cities to Auckland, Wellington, Christchurch, and Queenstown. Gold Coast and Auckland will be linked by a daily service starting on April 19, which will mark the airline’s first-ever international flights from Gold Coast Airport. Thrice-weekly services on the new Cairns–Auckland route will then begin in early June, and initially run for eight weeks until late July. Should there be demand for the brand-new service, Qantas will add more flights beyond that period. Additionally, seasonal services from Brisbane and Melbourne to Queenstown, originally timed to coincide with the South Hemisphere winter, will now be made year-round.

Under the current one-way bubble, which allows New Zealanders to enter Australia without needing to go into quarantine, the Qantas Group is operating less than three percent of its pre-pandemic capacity on trans-Tasman routes. But with the launch of the travel bubble on April 19, capacity will immediately be bumped up to 83 percent, especially since New Zealand will be Australia’s sole international destination for at least the next six months. The group has explained that it will not yet make a full return to pre-pandemic levels as overseas visitors from beyond the two countries usually account for 20 percent of passenger traffic across the Tasman.

Qantas will initially operate a mix of Boeing 737s as well as the wide-body Airbus A330 on trans-Tasman routes, while Jetstar will relaunch it services to Auckland from Melbourne, Gold Coast, and Sydney using Airbus A320 aircraft. Jetstar plans to resume flights on the remainder of its pre-Covid routes from the middle of the year.

Qantas Domestic and International CEO, Andrew David, said in a statement, “Restarting flights to New Zealand is about more than starting to rebuild our international network, it’s about reconnecting families and friends and getting more of our people back flying again.

“We know Australians are keen to head overseas again, so we expect strong demand for flights to New Zealand and there are many Kiwis who can’t wait for a winter escape to warmer weather in Australia.”

Qantas has also extended its Fly Flexible policy, offering customers who book flights before July 31, 2021 added flexibility with unlimited free date changes when traveling before February 28, 2022. Jetstar offers the option of purchasing FareCredit on bookings, which allows passengers to cancel flights for any reason.