Cabin crew and pilots working for either Qantas or Jetstar must be fully inoculated by the middle of November. 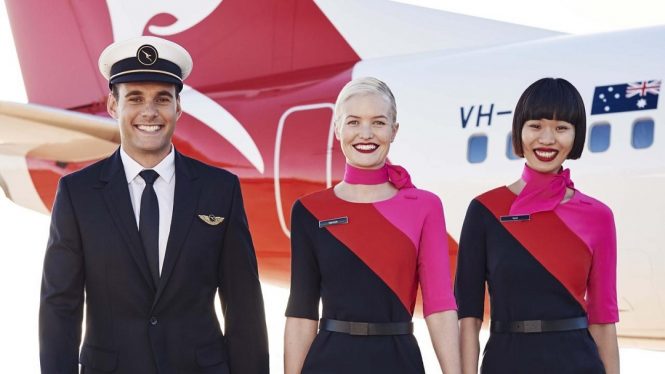 Following in the footsteps of global carriers like Emirates and United Airlines, the Qantas Group will now be requiring all employees to be fully vaccinated against Covid-19 as part of its commitment to safety.

Frontline staff members — including cabin crew, pilots and airport workers — will need to be fully vaccinated by November 15, 2021 and the remainder of employees by March 31, 2022. There will be exemptions for those who are unable for documented medical reasons to be vaccinated.

The policy follows consultation with Qantas and Jetstar employees including a survey sent to 22,000 people to seek their views on vaccination. According to a statement, the 12,000 responses received represented 60 percent of Australia-based Qantas Group employees.

This survey found that 89 percent of respondents had already been vaccinated or were planning to be, with 77 percent having received at least one dose and 60 percent fully inoculated. Just four percent were unwilling or unable to get the jab. Additionally, around three-quarters think it should be a requirement for all employees to be vaccinated and would be concerned if other employees in the workplace weren’t vaccinated.

Thousands of aviation workers supporting international flights in New South Wales, South Australia and New Zealand are already required to be vaccinated by those jurisdictions. Announcing the policy earlier today, Qantas Group CEO Alan Joyce said, “Having a fully vaccinated workforce will safeguard our people against the virus but also protect our customers and the communities we fly to.”

He added, “It’s clear that vaccinations are the only way to end the cycle of lockdowns and border closures and for a lot of Qantas and Jetstar employees that means getting back to work again. This was one of the largest responses to any survey we’ve conducted, even with thousands of our people stood down, which shows just how important this is for them.”

Further discussions will take place with employees, their health and safety representatives and unions over the coming weeks on the details of the policy, including how medical exemptions will be applied. According to the company, 92 percent of respondents in a separate survey of more than 1000 Qantas customers said they expected Qantas crew to be fully vaccinated.