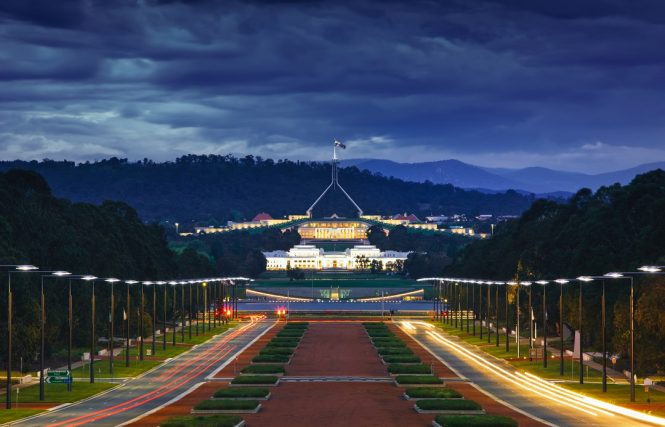 Travelers based in the Northern Territory can take advantage of a direct connection to the Australian capital with QantasLink’s new Darwin–Canberra flights, which have been brought back after a nine-year hiatus. QantasLink will offer up to five weekly return flights operated by the Embraer E190 regional jet aircraft, delivering almost 1,000 seats on the route each week.

The E190 aircraft type made its debut on the QantasLink network last month as part of the airline’s deal with Alliance Airlines. With its size, range and economics, the 94-seat jet has opened up a number of new routes that wouldn’t have been viable with Qantas’ existing fleet.

QantasLink CEO John Gissing said the response from customers went beyond expectations. “We’ve seen strong demand from travelers in both Darwin and Canberra since the route first went on sale last month,” explained Gissing in a statement. “With no other airline currently operating on the route, the direct flights will save business and leisure travelers more than two hours’ travel time on a round trip instead of flying via other capital cities.”

The new route is the latest in a number of recent capacity increases for the Darwin market with more frequent flights and larger aircraft operating in response to strong domestic demand. For the peak travel season from July through to September, capacity is up 120 per cent on the Melbourne–Darwin route compared to before the pandemic. Sydney, Perth, and Adelaide to Darwin are all up by 60 percent over the same period.

Under Qantas’ Fly Flexible policy, customers who book flights before July 31, 2021 can make unlimited date changes for free when traveling before February 28, 2022. But it’s also worth noting that a fare difference may still apply.