The inaugural Sydney–Delhi flight took off on Monday, and a Melbourne–Delhi service is slated to begin before Christmas. 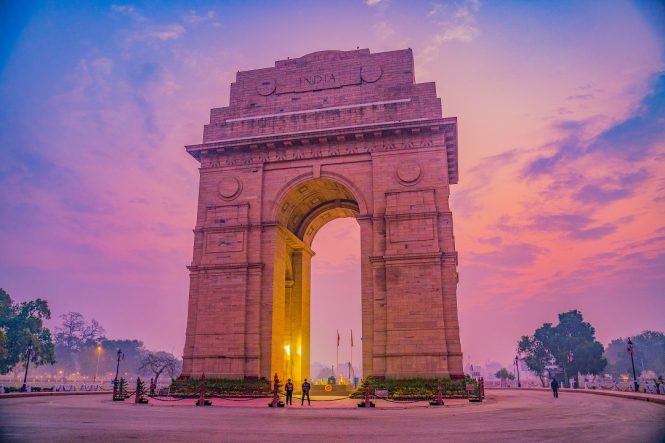 This week marked the launch of the first commercial Qantas flight from Australia to India in almost a decade, marking another milestone in Australia’s reopening to the world. Qantas is operating three weekly return flights from Sydney to Delhi, which will increase in January 2022, and four weekly return flights from Melbourne starting on December 22, 2021. These have been the fastest selling routes on the national carrier’s international network since borders reopened, with most flights in December almost entirely sold out.

In a statement, Qantas Domestic and International CEO Andrew David said demand for flights between Australia and India had surpassed the airline’s expectations. “There’s a huge amount of pent-up demand from friends and family wanting to reunite after being separated for so long.” He added that forward bookings for the next few months were “well ahead” of initial forecasts.

Qantas has committed to deploying Airbus A330-200 aircraft for both routes. Scheduled on Mondays, Thursdays, and Fridays, Flight QF67 from Sydney to Delhi will take off at 6:10 a.m. and arrive at 3:40 p.m., and has an estimated journey time of 15 hours including an hourlong stopover in Adelaide. Sydney-bound travelers can expect a nonstop service on the return, with Flight QF68 leaving Delhi at 5:55 p.m. and landing at Kingsford Smith at 11:40 a.m. the following day after 12 hours and 15 minutes in the air.

Meanwhile, Flight QF69 from Melbourne to Delhi will operate on Mondays, Tuesdays, Wednesdays, and Sundays, departing at 9:25 a.m. to touch down at 6:10 p.m. As in the outbound Sydney service, the travel time of 14 hours and 15 minutes includes a stopover in Adelaide. Delhi to Melbourne will be a 12-hour, 10-minute nonstop service, with Flight QF70 departing at 7:55 p.m. and touching down in the Victorian capital at 1:35 p.m. the next day.

It’s the first time Qantas has operated a commercial service to India since the end of its Brisbane to Mumbai service in 2012 and the airline’s first regular passenger flight from Australia to Delhi since 1974. Over the past 12 months, the Australian flag carrier has operated more than 60 special repatriation flights to bring stranded citizens home from India.