Passengers will be treated to bird’s-eye views of Uluru and the Great Barrier Reef. 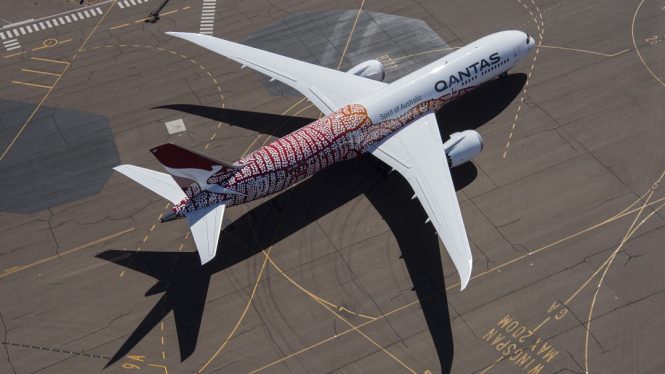 Next month, Sydney-based frequent flyers itching to travel beyond New South Wales will have a golden opportunity to take to the skies. Qantas has found a way to circumvent Australia’s internal border restrictions by offering a seven-hour scenic journey from Sydney to Sydney, the latest in a string of “flights to nowhere” being offered by beleaguered airlines around the Asia-Pacific region. Slated to depart on Sunday, October 10, and dubbed the Great Southern Land, the special service will take in great swaths of the Northern Territory, Queensland, and New South Wales. No more than 150 customers are to be flown aboard a Boeing 787 Dreamliner, which is known to have some of the largest windows of any commercial aircraft.

According to an Instagram post from Qantas’ official account, passengers can look forward to low-level flybys of famous destinations such as Uluru and Kata Tjuta in the heart of the Outback, the Gold Coast, the Whitsunday Islands in the Great Barrier Reef, Byron Bay, and Sydney Harbour.

9News reported that the inflight dining menu would be conceptualized by celebrated chef Neil Perry, and customers would receive a gift bag and have the chance to join a pre-flight auction, bidding on memorabilia from the airline’s recently retired 747 aircraft. Qantas Group CEO Alan Joyce suggested he was open to offering more scenic flights should there be sufficient demand in the future: “This flight, and possibly more like it, means work for our people, who are more enthusiastic than anyone to see aircraft back in the sky.”

As for the response from a travel-starved public? Tickets sold out in just 10 minutes after going on sale at midday local time.