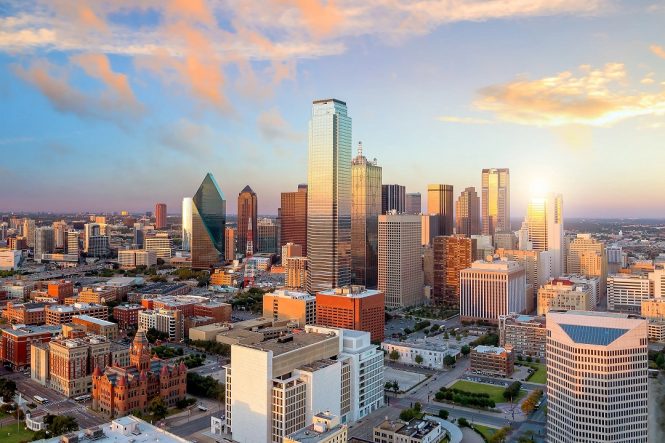 The downtown area of Dallas, Texas at sunset. (Photo: f11photo/iStock)

Melbourne’s post-Covid tourism recovery is set to accelerate with Qantas launching a new direct route to Texas and the primary hub of Oneworld alliance partner American Airlines. From December 2, 2022, the carrier will operate four-times-weekly return flights between Melbourne and the major U.S. hub, Dallas-Fort Worth International Airport, with its Boeing 787 Dreamliners. These are the first direct flights by any airline between the two cities and follows the success of Qantas’ longstanding Sydney–Dallas-Fort Worth route.

In a statement, Qantas Group Chief Customer Officer Stephanie Tully said the airline was thrilled to be adding another new international destination out of Melbourne. “These new flights provide excellent connections for Australians visiting the United States and allow Melbourne to tap into an enormous inbound tourism market from cities like New York, Chicago, Boston, Houston, Washington DC, and Miami, as well as saving hours of travel time.” She added that Qantas had great confidence in the route’s performance given that large numbers of customers already travel between Melbourne and Dallas Fort Worth via the existing Sydney service.

Also noteworthy for Qantas is today’s launch of regular passenger flights between Australia’s Top End and Dili, the capital of nearby Timor-Leste. From Darwin, three return flights lasting just over an hour will operate each week with the dual-class E190 aircraft, ramping up to five weekly return flights from July, boosting business, tourism, and freight connections as Qantas rebuilds its global network in the wake of the Covid-19 pandemic. Darwin–Dili is the airline’s first new ongoing international route from Darwin since 2008 and also Qantas’ first international route flown by an E190.