The ongoing coronavirus pandemic may force the airline to suspend its long-haul operations for an entire year. 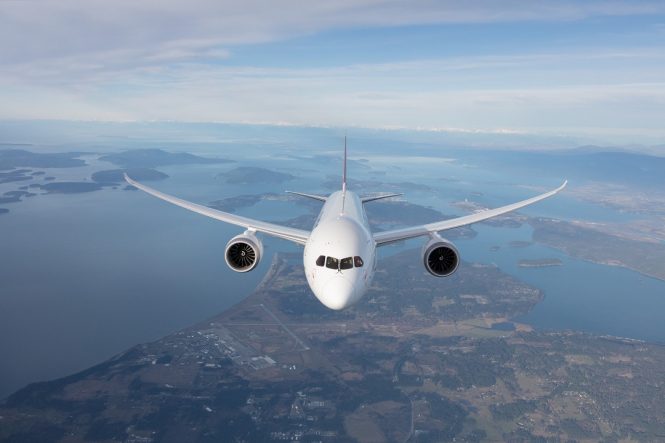 Australia’s flag carrier looks set to cancel the bulk of its overseas services well into the future, as national borders remain closed and Covid-19 continues to wreak havoc at home and abroad. Yesterday, Executive Traveller reported that all international flights through March 28 next year—except for those between Australia and New Zealand—had been removed from the Qantas website. Though these services have not yet been formally dropped, the act of pulling inventory is usually a reliable signal of an impending cancellation. Flights to Asia, Europe, and the United States can still be booked via Qantas, but these will be operated by partner airlines such as Emirates and fellow Oneworld carriers British Airways, Cathay Pacific, and Qatar Airways.

The move follows remarks made a few weeks ago by Qantas Group CEO Alan Joyce, who explained that the airline’s international routes would likely remain suspended for another 12 months. “We can always activate the 787s and the A330s if the market opens up earlier,” he said at the time, “but for the purpose of this plan we are working on, international operations [are] not starting in any real size … until July next year.”

Qantas has grounded 100 aircraft in Southern California’s Mojave Desert, including its fleet of 12 Airbus A380 aircraft, which are being put into storage for three years. The airline is also axing 6,000 jobs—about a fifth of its workforce—and 15,000 employees have been furloughed as part of a broader plan to ensure the company’s survival.

In addition, deliveries of new Airbus A321neo and Boeing 787-9 Dreamliners have been deferred, and Qantas is retiring its Boeing 747s half a year ahead of schedule. The final remaining Jumbo Jet in the fleet is being given a special send-off through a trio of hour-long farewell flights this week. Paying customers from Sydney had the chance to fly aboard the “Queen of the Skies” earlier today, and the plane is scheduled to take off from Brisbane on Wednesday and Canberra on Friday. After that, the 747 will depart Sydney for the last time on July 22 as flight QF 7474.

The move allows the group to cut spending and recalibrate the rate at which capacity is added in the...

The Busiest Airline Routes in February 2021

According to statistics from OAG, Asia dominates the domestic rankings, while Orlando to Puerto Rico...

The airline is drastically reducing its flying schedule due to Hong Kong’s new quarantine requirem...

The planned resumption of short-haul routes beyond Australia has been pushed back to the middle of J...

The Philippines’ national airline has been forced to cut services on many of its routes thanks to ...