The routes are the latest of eight new international services the airline has announced since Australia’s borders reopened. 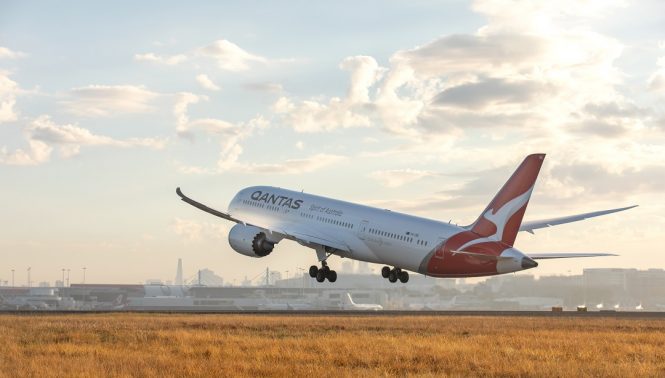 On top of its recent debut of nonstop flights between Perth and Rome, Qantas is significantly boosting its international network from the Western Australian state capital, with new routes to Johannesburg and Jakarta primed to launch later this year.

From November 1, Australia’s national carrier will operate the only direct service from Perth to South Africa, with three return flights per week on Airbus A330 aircraft. The flights will cut more than six hours from the fastest current travel time, with customers heading to Johannesburg from Perth currently having to fly on Qantas via Sydney, or via the Middle East. In related news, Qantas’ existing four flights per week from Sydney to Johannesburg on Boeing 787 aircraft have had strong bookings since they restarted this January, and frequencies will increase to daily from October 30.

Then on November 30, Qantas flights will reconnect Perth with Jakarta for the first time since borders closed in March 2020, beginning with three flights per week on Boeing 737s. Qantas previously did not operate the route at any point in time; the new air link is expected to support the growing trade and tourism links between Australia and Indonesia, and become popular with travelers connecting to other major Indonesian cities such as Surabaya and Medan.

The addition of Johannesburg and Jakarta will mean Qantas will operate international flights from Perth to five destinations including London, Rome, and Singapore. Fares for Perth–Johannesburg flights are priced from AU$1,800 (about US$1,240) return, while those for Perth–Jakarta start from AU$870 (US$600) return.

Since Australia reopened its borders in November 2021, Qantas has announced eight new international routes, including Perth to Rome, Darwin to Dili, Sydney to Seoul and Bengaluru, and Melbourne to Delhi and Dallas.