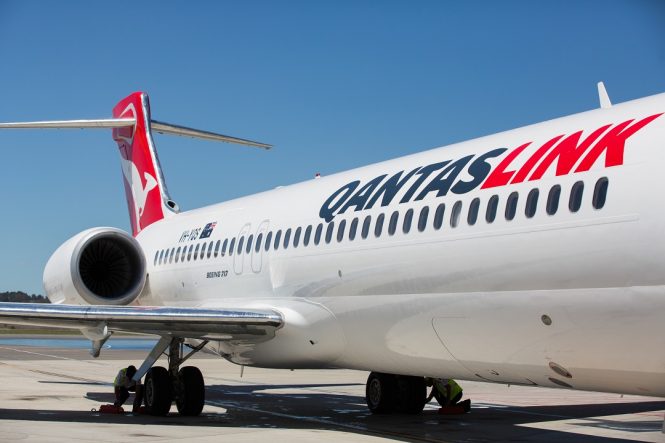 Thanks to the latest improvements in store for QantasLink, travelers flying on more than 50 Boeing 717, Fokker 100, Airbus A320, and Alliance Airline’s Embraer E190 aircraft will soon be able to stream more than 2,500 hours of movies, TV series, and audiobooks via the Qantas Entertainment app to their own personal device. Customers will also have access to more content through streaming partner Stan, including exclusive TV shows and Stan Original films. The entertainment upgrade has already begun on one of QantasLink’s A320 aircraft, with the streaming technology to be progressively installed across all QantasLink jet aircraft by the second half of 2022.

Inflight entertainment via the Qantas Entertainment App is currently offered on QantasLink’s dual-cabin 717 aircraft and the Qantas 737 and A330 fleets that fly domestically. The 737s and domestic A330s also feature free, high-speed Wi-Fi. The app can be downloaded for free from the Apple Store and Google Play prior to departure, and for those who do not have on their devices, inflight entertainment is also accessible via an Internet browser.

Qantas Group’s Chief Customer Officer Stephanie Tully said when the rollout was complete, inflight entertainment would be available on up to 180 Qantas and QantasLink aircraft. “Customers tell us they value being able to take time for themselves inflight to catch up on their favorite TV shows or watch movies they didn’t get to see at the cinema,” Tully explained in a statement. “This investment means more of our customers will have access to inflight entertainment, particularly when traveling to smaller capital cities and regional centers.”

She added, “With Australia’s vaccination rollout gaining momentum we expect the demand for travel will quickly return as restrictions ease. Improvements like this will make it even better when it does.”