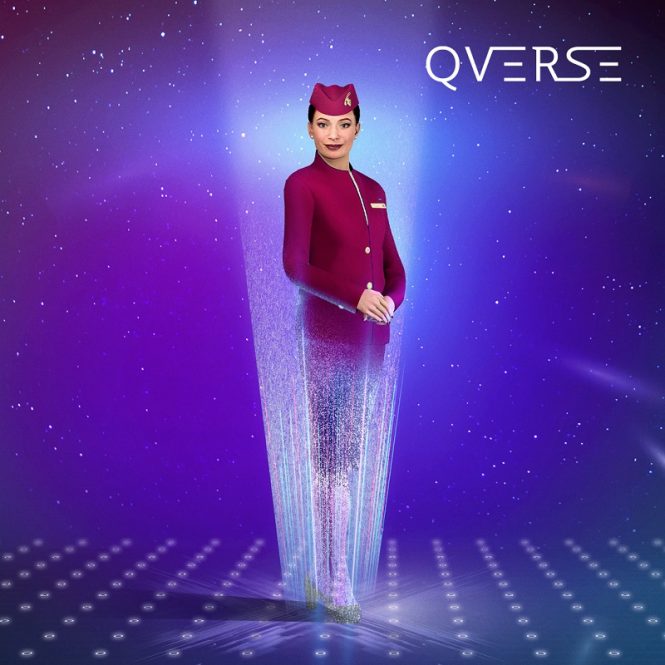 Qatar Airways has taken its first foray into the metaverse with the launch of QVerse, a brand-new virtual reality (VR) experience now available online. Users of the qatarairways.com/QVerse website can use their own personal electronic devices to virtually tour and navigate the premium check-in area at Doha’s Hamad International Airport as well as the interiors of the airline’s aircraft, including the business-class Qsuite, and the economy-class cabin. The Qatari carrier is also the first global airline to introduce a MetaHuman cabin crew, raising the possibility of digital interaction with customers anywhere in the world.

Qatar Airways Group Chief Executive, Akbar Al Baker, said in a statement, “With physical boundaries beginning to be challenged by the metaverse on an increasingly larger scale, it is exciting to embrace a technology that enables all travel enthusiasts to enjoy a unique immersive experience of our award-winning products and services.”

The experience was developed using Epic Games’ Unreal Engine, the world’s most advanced real-time 3D creation tool, and MetaHuman Creator, a cloud-based app for creating high-fidelity digital humans. Qatar Airways’ MetaHuman cabin crew is a digitally created 3D human model named “Sama” — whose name translates to the Arabic word for “sky” — and engages users by presenting the unique features of both the business- and economy-class cabins through a narrated script.

Rival Gulf carrier Emirates has recently said that it will soon launch NFTs and experiences in the metaverse for its customers and employees. Last year, it became the first airline to launch its own VR app on the Oculus store, offering users accurate, life-size and interactive cabin interior experiences onboard Emirates’ flagship A380 aircraft and Boeing 777-300ER Gamechanger aircraft.