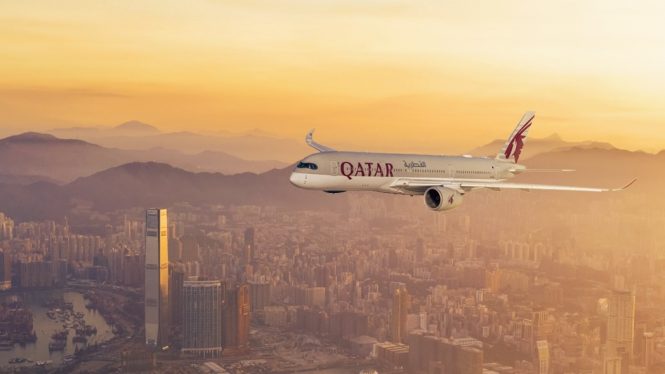 Days after Hong Kong health authorities lifted a temporary suspension on its non-cargo flights from Doha, Qatar Airways has once again been penalized for bringing in too many Covid-infected travelers. It’s the third time the airline has been forced to cancel its Hong Kong–bound services within the past two months. It was previously subject to a two-week flight ban from December 22, 2021 to January 6, 2022 and then from January 5 to January 20.

Qatar Airways now has the unfortunate distinction of being the first airline to have its Hong Kong–bound services banned twice in 2022. A government statement revealed that 12 passengers who disembarked from Flight QR 818 on January 21 tested positive upon arrival, despite being cleared for travel through PCR tests less than 48 hours before the scheduled departure time. The virus was not found in a large family group, but separate individuals from all over the world, most of whom had transited via Doha.

The infected travelers included two triple-vaccinated passengers from the UAE, two from South Africa, two from Turkey, and one each from Finland, the Maldives, Qatar, Sweden, Spain, and the Seychelles. Qatar Airways is currently prohibited from operating passenger flights into Hong Kong through February 5, while outbound services from Hong Kong to Doha are still scheduled to run four times a week.

KLM Royal Dutch Airlines was also slapped with a two-week flight suspension, as flight KL819 from Amsterdam, which landed in Hong Kong on the same day, had one passenger who tested positive for Covid-19 upon arrival, and another who “failed to comply” with government requirements. The carrier has now been banned from transporting travelers into Hong Kong until February 7.