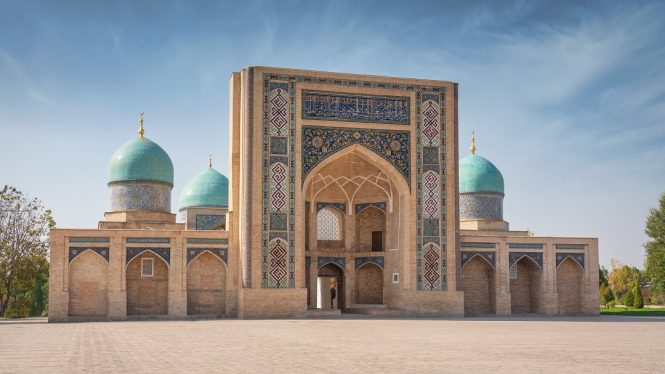 Qatar Airways has announced its first new destination of 2022 and the latest addition to its Asian network. The Gulf carrier will be expanding its reach in Central Asia with the launch of flights to Tashkent, Uzbekistan’s capital, from January 17. This twice-weekly service will be operated by an Airbus A320 aircraft featuring 12 seats in business class and 120 seats in economy.

On Mondays and Fridays, Qatar Airways Flight QR377 will depart Doha at 6:55 p.m. to arrive in Tashkent at 12:30 a.m. the next morning after 3 hours and 35 minutes in the air. The return service, Flight QR378, is scheduled to leave Tashkent on Tuesdays and Saturdays at 1:50 a.m. before touching down in Doha at 4 a.m., allowing passengers to make use of Qatar Airways’ onward connections to Europe, East and Southeast Asia, and the Americas.

Getting to Central Asia from points in Southeast Asia can be a hassle, especially now that airlines across the board have drastically reduced their international routes. Uzbekistan Airways operated nonstop flights from Tashkent to Bangkok and Kuala Lumpur prior to the Covid-19 pandemic, but these have since been suspended. While the airline still flies to Delhi and Dubai, it’s clear that travelers will prefer a more reliable global carrier that offers favorable transit times and the convenience of being able to check through one’s baggage. Qatar Airways will become the only leading Gulf carrier to serve the Uzbekistani capital as Emirates and Etihad have halted their services to Tashkent from the UAE. Tashkent’s airport is the primary international gateway for the UNESCO-listed Silk Road cities of Samarkand, Bukhara, and Khiva.

Qatar Airways Group Chief Executive, Akbar Al Baker, said in a statement, “We see tremendous growth potentials in Central Asia and this new service to Tashkent will serve to boost trade opportunities and attract tourists wanting to discover this beautiful destination.” He also said that passengers from Tashkent would have access to more than 140 destinations when traveling with the airline via Doha’s Hamad International Airport.