Domestic travel to Australia’s Sunshine State has just resumed, with over 200,000 people set to visit over the next week. 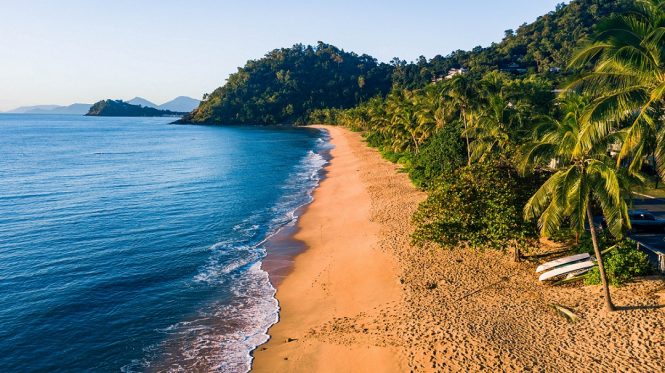 The beach at Palm Cove, a 40-minute drive from Cairns. (Photo: Yuriy MLCN/Unsplash)

As of midday today, residents of six Australian states and internal territories are free to travel to Queensland so long as they hold valid border declaration passes. But the state government has said that anyone who lives in Victoria or has traveled there in the past 14 days will not be allowed to enter, except for returning Queenslanders who will have to undergo a two-week hotel quarantine at their own expense.

According to the Brisbane Times, the state’s health minister Steven Miles explained that the decision to turn away Victorians was based on the alarming level of community transmission seen in the latest outbreak in and around Melbourne. “Victoria has now had seven times more cases known to be locally acquired than Queensland has had throughout this pandemic,” he said.

Five million people in Australia’s second-largest city have now been placed under a six-week lockdown, and Victoria recorded 288 newly confirmed Covid-19 infections within the past 24 hours, bringing the total number of active cases in the state to 1,172. By comparison, Queensland has just two active cases. This week, neighboring New South Wales sealed its long border with Victoria for the first time since 1919, when the Spanish Flu was brought to Sydney by a soldier traveling aboard a train from Melbourne.

So far, more than 238,000 people have applied for a border declaration pass through the Queensland government website. The permit, which is valid for seven days, has been updated so travelers must provide signed consent for mandatory testing should they develop symptoms within 14 days of entry. Major tourism destinations like the Gold Coast and Cairns will be setting up pop-up clinics where visitors can be tested for the virus.

Queensland isn’t the only Australian state that is reopening its internal borders. The Northern Territory will follow suit on July 17, with those from Covid-19 hot spots required to go through a two-week quarantine period, while South Australia will lift travel restrictions from all states other than Victoria on July 20.