These days, the force is doing more than just restoring peace and freedom in the galaxy—it’s also helping five-star airlines create an international presence. All Nippon Airways has unveiled a Star Wars livery featuring the idonic R2-D2 on its newest 787-9 Dreamliner aircraft, marking the beginning of a five-year Star Wars Project intended to connect Japan to the global market. It’s the first time a Star Wars character has appeared on the exterior of a commercial aircraft, which will fly internationally this autumn.

“Although it’s a lofty goal, we hope that like Star Wars, ANA will become well-known and loved across all borders and generations,” says Takashi Shiki, ANA executive vice president, sales & marketing. “Many people associate R2-D2 with competent and reliable service—also hallmarks of ANA’s five-star service.” 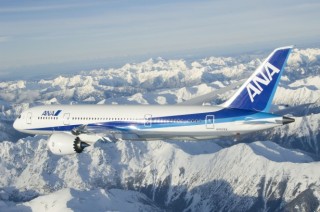 ANA to Connect Japan and Cambodia with Direct Flight

All Nippon Airways will be the first airline with a direct link between Japan and Cambodia.