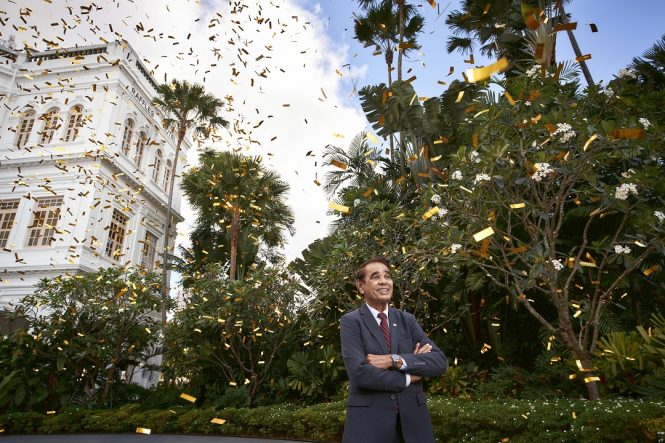 Singapore’s grande dame hotel has unveiled a new museum showcase and special tours to celebrate the 50th career anniversary of its longest-serving staff member, Resident Historian Leslie Danker, which falls on March 15. The exhibits comprise never-before-seen memorabilia from Danker’s own personal collection. “My time and experiences at Raffles Hotel Singapore have been incredibly dear to me — and so are the personal keepsakes I’ve accumulated here over the past 50 years,” he said in a statement. “These items hold countless wonderful memories for me, and I am delighted to now share them with guests as part of the hotel’s permanent museum collection.”

The new display will be open for public viewing for a limited time via three weekday tours led by Danker himself. The octogenarian knows more about the hotel than anyone else: he began his career at the Raffles in 1972 as a maintenance supervisor, before working his way through various departments such as the front office and food and beverage. Danker has seen the transformation of the grande dame through two restorations, and his in-depth knowledge accumulated over the years led to his appointment as Resident Historian in 2004, a part-time position he holds to this day. 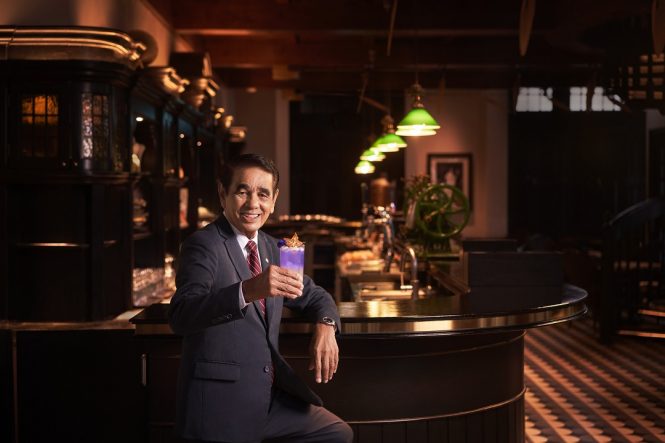 Heritage buffs will cap off the tour with a visit to the Long Bar, the place where Danker first set foot in the Raffles Hotel as an 18-year-old, and later worked during his tenure in F&B. They’ll also get to taste the commemorative gin-based cocktail Danker 1972, an homage to his career and contributions to the hotel. The special concoction will be available on the Long Bar menu for a limited time from March 15.

The Golden Jubilee Guided Tours by Leslie Danker are scheduled at 4 p.m. on March 17, 24, and 31, with just five guests per session due to social distancing rules. Admission includes a historical tour, a visit to the new museum showcase, the Danker 1972 cocktail served at Long Bar, and a credit of S$10 to be spent at Raffles Boutique. Visitors can also purchase a commemorative bundle of Danker’s two memoirs from the Raffles Boutique: Memoirs of a Raffles Original and A Life Intertwined, available at a price of S$55.