The release of ‘A Life Intertwined’  was timed to coincide with the iconic property’s 133rd birthday. History buffs looking for a unique souvenir from the Lion City’s grande dame hotel may want to get themselves a copy of the brand-new memoir penned by resident historian Leslie Danker, who holds the distinction of being its longest-serving employee. Produced with the support of Singapore’s National Heritage Board, A Life Intertwined charts the history of the Raffles, and comes peppered with stories from Danker’s youth and a career that has spanned nearly five decades at the ultra-luxe property.

Readers will learn that Danker started out as a maintenance supervisor in 1972, before being transferred to the F&B department and then the front office. His in-depth knowledge of the hotel led to his appointment as site supervisor (and a new role as an “accidental historian”) when the Raffles’ first major renovation started in 1989. Danker recounts his discoveries at the time, including sand from the original shoreline along Beach Road, found below the Carrara marble floors of the main building. Also chronicled in the book is the hotel’s most recent transformation at the hands of New York–based star designer Alexandra Champalimaud.

And there’s no shortage of humorous anecdotes. Danker tells of his encounters with various celebrities—including the late Michael Jackson—but also rare occasions when wild boars, snakes, and even a tiger found their way onto the grounds during the Raffles’ early years. All told, the memoir provides an intimate look at one of Asia’s most venerated grande dame hotels. 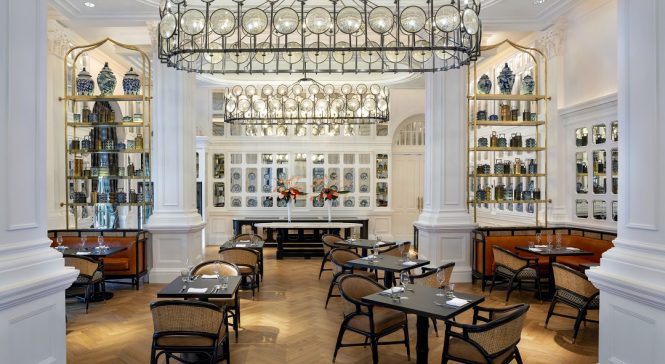 “A Life Intertwined is my love letter to the Grande Dame, where I have been working for the past 48 years,” Danker said in a statement. “Raffles Hotel Singapore has provided me a lifetime of wonderful experiences and I am delighted to do my part in sharing her stories on her 133rd birthday. I hope that readers will be able to learn more about her rich heritage and history through my recollection.”

A Life Intertwined is now available for purchase online and at Raffles Boutique. An autographed copy of the book will be given to those who book the staycation special A Life Intertwined with Raffles Hotel, which is valid for stays from October 1 to December 13, 2020. Room rates start at S$880++ a night, and guests can enjoy a 50 percent discount on the second night, with daily breakfast for two; a heritage evening experience at The Grand Lobby, also for two; as well as a trishaw tour around the property that takes in the various locations highlighted in the memoir. 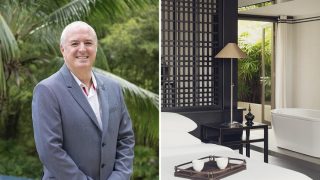