Battered by a devastating hurricane last year, the British Virgin Islands are once again among one of the Caribbean’s most captivating destinations. A signpost at Smuggler’s Cove on Tortola.

For a terrifying week in September 2017, Hurricane Irma carved an unimaginable path of destruction across the normally sun-washed Caribbean before barreling into the Florida coast. With winds building to 290 kilometers per hour, Irma became the strongest Atlantic hurricane on record, and there was little anyone in its path could do except to batten down and pray.

In the British Virgin Islands (BVI for short), Irma arrived late in the morning of September 6 and moved on seven hours later, leaving behind shattered communities. The wreckage felt like the aftermath of a cinematic apocalypse. “Officially, it was a Category 5 hurricane, but it was off the chart,” recalls Keith Dawson, the marketing manager at BVI’s tourism board. He shakes his head at the memory. Entire hillsides once swathed in great cloaks of casuarinas and flamboyant trees looked like a deranged cosmic hairdresser had taken a giant chainsaw and sliced everything off mid-trunk in a savage buzz cut. Buildings were hollowed out, their roofs tangled in the wreckage of cars and fallen debris miles away. Catamarans and boats lay half submerged at their piers.

“The electricity was out for four months,” Alden Sprauve tells me as we sit on the gently rolling deck of the Dark N Stormy, a handsome catamaran chartered from Florida-based yacht outfit Sunsail. It is nine months after Irma, and although it’s hurricane season in the Caribbean again, the winds are calm and the wide June sky is cloudless. “But that storm brought us all together. Nobody waited for the government to help us. We got out our backhoes, trucks, and machetes. Within three days of Irma, almost all the debris had been cleared from the roads and traffic was moving again.” Compactly built with lively eyes and skin like polished ebony, Sprauve is our skipper and guide for the next three days of island-hopping through the BVI, a British overseas territory to the east of Puerto Rico. The plan is to sail from Tortola and wind our way through a chain of islands whose names might have been plucked from a Robert Louis Stevenson adventure: Scrub Island, Fallen Jerusalem, Van Ryan’s Rock.

The BVI’s 60-odd islands, islets, and cays are strung out like a jade-green necklace across 153 square kilometers of sea. The most idyllic—and logistically effective—way to take it all in is by boat charter. In the high season, these waters are said to bristle with super yachts and other fancy boats, though we pass mostly smaller vessels, most of them seemingly captained by friends of Sprauve.

Born and bred on the main island of Tortola, our skipper knows these waters like the proverbial back of his hand, rattling off the best places to pick oysters and conchs and to spear fish. Tortola’s King Garden Bay and the reefs of Jost van Dyke, he opines, are great for snorkeling and scuba diving. But if it’s a quiet beach for sunbathing you’re after, you can’t do better than Dead Man’s Bay at Peter Island.

In an hour or so, we’ll head to The Baths, a natural formation of enormous boulders that have been carved over the ages by wind and water to create a series of cathedral-like caverns of unearthly beauty. “We need to go before noon,” Sprauve says in a voice of quiet authority. “Before all the tourists arrive.” A sunsail catamaran at anchor in the eastern British Virgin Islands.

Here, bobbing on a clear warm sea filled with fish and coral painted with the vivid colors of a child’s pencil box, it’s difficult to imagine the nightmarish landscape Irma left behind barely a year ago. While signs of the hurricane’s damage—conservatively estimated at around US$3.5 billion—still scar the islands, many of the resorts we pass have emerged from multimillion-dollar restoration projects. Trees are being replanted and beaches re-sanded, though it will take another generation at least for the BVI to recover its pre-Irma lushness.

The sense of optimism I encounter is palpable. Tourism, which accounts for 30 percent of the BVI’s GDP even before you factor in satellite industries like airlines and ferries, began flowing back almost immediately after the hurricane passed. That said, super yachts—long a familiar sight in this part of the world—have yet to return in any discernible numbers. “They’re a bit embarrassed, I think, to be showing off that kind of wealth when people are still reeling,” one local suggests.

Visitors lacking the deep pockets required of yachting holidays are being drawn to a wide range of beachfront accommodation options. Hurricane Irma damaged almost all the islands’ resorts, but intensive repairs and upgrades mean that, save for the traumatized native foliage, it is business as usual again.

Cooper Island Beach Club on Manchioneel Bay, for instance, pairs 10 spacious guest rooms dressed in recycled teak and driftwood hues with an on-site microbrewery, ice-cream parlor, and a rum bar stocking the BVI’s largest collection of rums. Oil Nut Bay on the eastern tip of Virgin Gorda is a sprawling 120-hectare oasis of hillocks and villas, with the choicest rooms sited on high bluffs that come with private plunge pools and mile-long views of white-foamed surf and coral reefs. And Anegada Beach Club, left with a hefty US$3 million repair bill by Irma, is now luring glampers with beachfront palapa tents constructed of recycled timber and thatch.

Virgin Group founder Richard Branson, who has long had his second home on Necker Island, has meanwhile resumed building luxury time-share villas on Mosquito Island, which he also owns; Oprah Winfrey and Barack Obama are rumored to have bought in. Branson has also been quietly funding restoration projects, earning himself serious brownie points with the local communities. One evening, at the Leverick Bay Restaurant on Virgin Gorda, we spy the man himself dining with his family. When, like breathless stalkers, we mention the sighting to our waitress at a different restaurant the next day, she smiles like an indulgent grandmother. “Was he wearing shoes? Mr. Branson hates wearing shoes.” Flamingos in the salt ponds of Anegada.

Later that day, after marveling at Conch Island—a gigantic man-made pile of discarded conch shells that rises three meters above the waves—we arrive at Anegada’s East End. Here, darting below the flashing surface of waters the exact shade of a Tiffany’s gift box, are hawksbill and green turtles. And in the distance, a troop of flamingos, their feathers painted an outrageous pink from their diet of crustaceans, carefully pick their way back to the flat grassy shoreline in a single file, like avian Maasai.

I am, I realize, entirely unprepared for this sun-drenched, white-sanded paradise. In my previous life as a corporate lawyer, I’d spent a lot of time buying shell companies in the BVI on behalf of my clients—there is no corporate tax—but I never once thought of it as a potential holiday destination.

How, I wonder to myself one evening at Anegada Beach Club, the powdery sand soft beneath my bare feet, has the BVI so entirely escaped my attention? How did I not know about its unbeatable trifecta of sun, sea, and sand, which segue over long, languid days into a host of maritime pursuits or the simple joys of lying on any number of empty beaches, alternating between trashy novels and napping?

Part of the explanation for the BVI’s obscurity, I know, is that it’s a bit of a schlep to get here, especially from Southeast Asia. I blame the rest on my unadventurous geography teachers in school.

Softly, gently, the sea laps a whispery adagio against the dark shore. Peering up at a velvet-black sky dense with a thick dusting of stars, I listen hard and hear only the unending night. The Baths is a natural formation of boulders, grottoes, and rock pools on the southern end of Virgin Gorda.

There are no direct flights to any of the British Virgin Islands from outside the Caribbean; travelers flying in via North America or Europe typically connect to Tortola from Antigua, St. Maarten, or the adjacent U.S. Virgin Islands.

Sunsail’s four-cabin catamarans offer a perfect mix of privacy and insider guidance from a knowledgeable team of local captains. 1-877/ 772-3502; bareboat charters from around US$5,800 for seven nights. 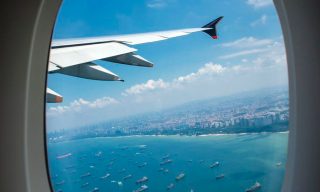 Easy Ways To Look Fresh After A Long-Haul Flight 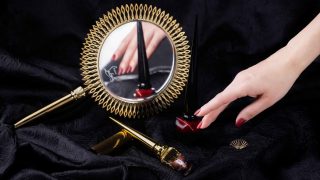 The treatments will only be available at the hotel’s 24th-floor beauty salon for a two-month perio...

Easy Ways To Look Fresh After A Long-Haul Flight

You may be jet-lagged but your skin doesn’t have to show it. Here's how. 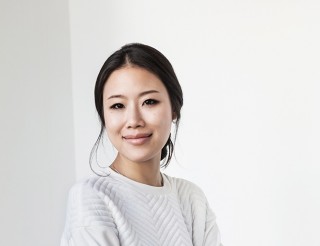 As the founder of Peach & Lily, New York–based Seoul native Alicia Yoon knows the landscape of her...