The sole Southeast Asian country on the list is Thailand; Vietnam and Singapore did not make the cut. 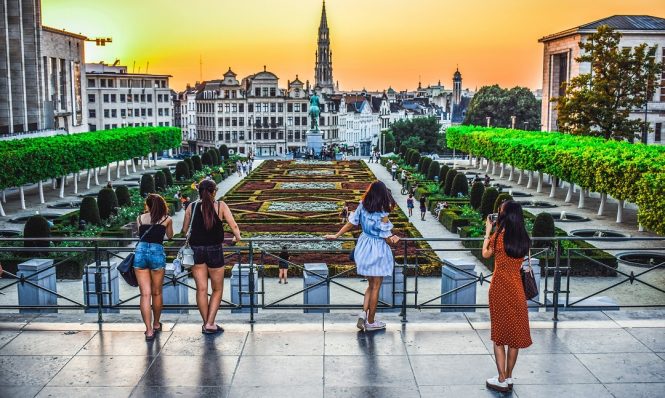 Starting today, the European Union will gradually lift restrictions on non-essential travel from a select group of countries that have successfully curbed the spread of Covid-19. Earlier reports said that as many as 54 nations were on the draft list, but that number has since been whittled down to 15, according to the final recommendation adopted yesterday by the EU’s Council of Ministers.

This paves the way for the resumption of leisure travel between the EU and three nearer neighbors, namely Georgia, Montenegro, and Serbia, along with a dozen countries farther afield. In the Asia-Pacific region, residents of Australia, Japan, New Zealand, South Korea, and Thailand can now visit the bloc; those in China will be eligible once reciprocal arrangements have been confirmed for EU nationals. As for Africa, travelers based in Algeria, Morocco, Rwanda, and Tunisia will also be accepted. The only two countries in the Americas that made the list were Canada and Uruguay. Residents of the United States and Brazil—the nations with the two highest numbers of Covid-19 cases worldwide—remain barred from entering the EU.

There are, of course, a number of exceptions for people from countries not included on the “safe list.” EU citizens and their family members, long-term EU residents, and travelers “with an essential function or need”, are exempt from the entry restrictions, as are healthcare professionals and humanitarian aid workers, transit passengers, international students, and seasonal workers in agriculture.

According to the EU Council of Ministers, the “safe list” has been drawn up based on assessments of the epidemiological situation in each non-member country according to a range of criteria. The number of new Covid-19 cases recorded over the last two weeks, and infection rates per 100,000 people, should be either close to or below the EU average (as it stood on June 15); the nation in question should also have recorded a “stable or decreasing trend of new cases over this period in comparison to the previous 14 days.” Each country’s overall response to the pandemic is also being taken into account, with EU officials looking at containment measures in place, testing and contact tracing, and the reliability of official data. The list will be updated every two weeks; countries may be dropped if their domestic Covid-19 outbreaks suddenly worsen.