Ipanema and Copacabana will be off-limits to sunbathers for the foreseeable future. 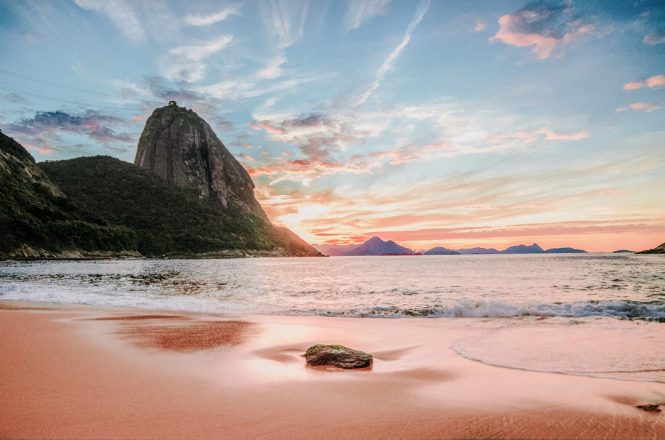 Since the end of March, the coronavirus pandemic has closed off Rio de Janeiro’s stretches of golden sand to all swimmers and sunbathers. A recent announcement by mayor Marcelo Crivella suggests that this rule will persist well after Brazil lifts its entry ban on foreign travelers. At a press conference last Thursday, Crivella told reporters beach activities would not return to normal until a vaccine for Covid-19 had been rolled out. “Where you can’t use masks, the inclination is to only return when there is a vaccine, which is being tested, or when contamination is close to zero,” he said. “On the beach, you don’t use a mask and the level of infection goes up.” Crivella added that those found breaking the temporary health regulations would be fined.

Lockdown restrictions in Rio were loosened on July 2, with bars and restaurants allowed to resume operations after being shuttered for three months. According to Agence France-Presse, all establishments can only be filled to half-capacity, with a distance of two meters between tables and hygiene measures in place. Beaches are open for exercise only, but residents have been flouting the rules by going sunbathing, not wearing masks, and ignoring physical distancing guidelines.

Brazil is one of the countries worst-hit by the novel coronavirus pandemic, with the second-highest number of both Covid-19 infections and related deaths after the United States. As of July 14, the total count has surpassed 1.8 million recorded cases, including 72,000 fatalities. More than 11,000 of those deaths and 132,000 cases so far have been confirmed in Rio de Janeiro state. Roberto Medronho, director of research at Rio’s Clementino Fraga Filho University Hospital, told Agence France-Presse the true figure of infections across Brazil could be up to 10 times higher, while the number of deaths may be double the official count.

Contrary to the decisive action taken by Brazilian state governors, the country’s far-right president Jair Bolsonaro has consistently downplayed the virus, calling it a “fantasy” created by the media and then a “little flu.” He has spoken out against “dictatorial” measures such as the closure of beaches and rules on mandatory face coverings in public. Bolsonaro tested positive for Covid-19 last week.