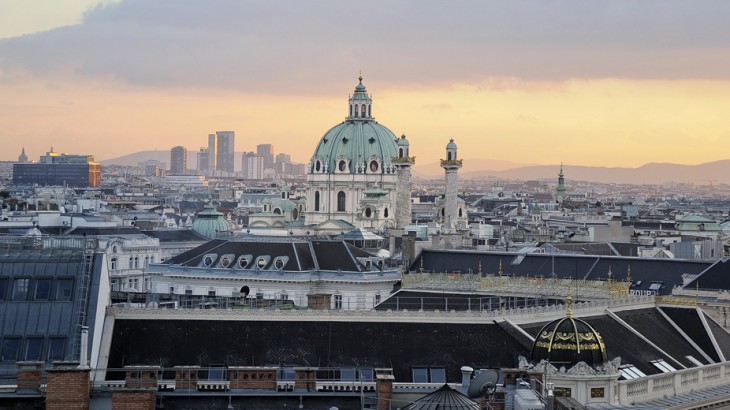 Above: The Schubertring is home to the Vienna State Opera and the Museum of Fine Arts.

Ritz-Carlton is to open its first hotel in Austria on August 27. Four 19th-century Viennese palaces on the Schubertring section of the capital’s Ringstrasse have been chosen to house the 202 rooms. The hotel has 42 suites in addition to the 190-square-meter presidential suite.

Austrian cuisine with a focus on local produce will be served in Dstrikt restaurant while the 7th floor Ritz-Carlton Club will be the point of call for guests staying in Club rooms. The hotel’s spa includes six treatment rooms, two of which are equipped for couples, as well as a 18-meter indoor pool.

A terrace during summer months, traditionally called schanigarten in Vienna, will feature bar Atmosphere with views over the Schubertring.