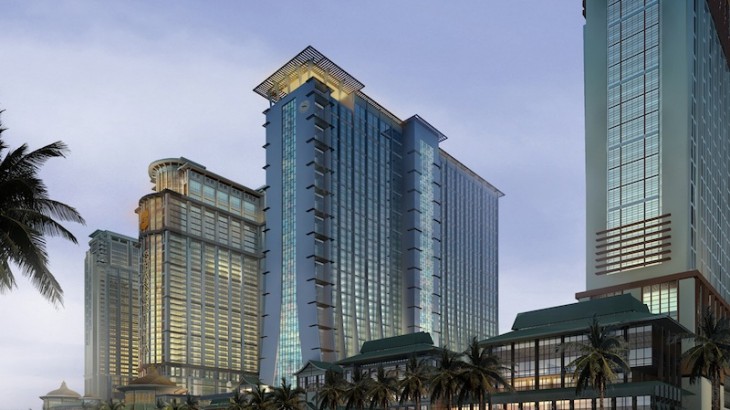 Sands Cotai Central, a new resort in Macau with a casino and hotels, held an elaborate opening ceremony this week featuring a high-wire tightrope performance.

The third property, the Sheraton Macao, will open later and feature a staggering 3,863 rooms and suites, making it the biggest hotel in Macau and the biggest Sheraton in the world.

All three hotels will be the largest in the world for their respective brands. Eventually the entire complex will offer 5,800-plus rooms and more than 20 dining options.