Flyers can look forward to more connections to Japan and Mainland China, as well as new destinations in Indonesia. 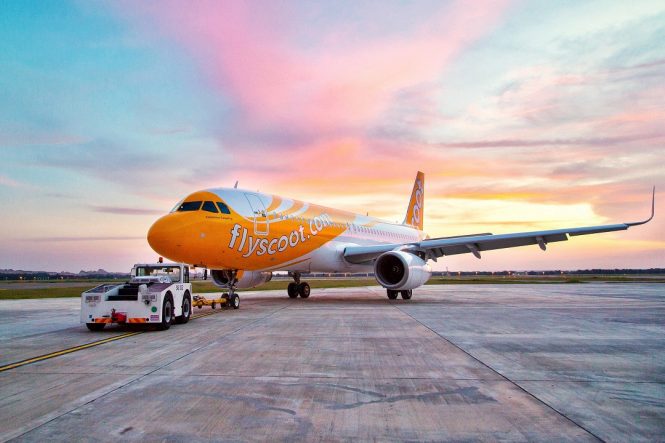 Singapore Airlines’ low-cost subsidiary is responding to a surge in travel demand with more flights, new route launches, and resumptions all taking place this month. On top of starting twice-weekly services to Yogyakarta and Lombok on the 15th and 16th, respectively, two more Indonesian destinations will be added come October 24 with flights also operated at the same frequency, bringing Scoot’s existing network in the country to eight places. The new cities served are Makassar — the gateway to the beaches and Toraja highlands of South Sulawesi — and Pekanbaru, capital of Sumatra’s Riau province.

Over in East Asia, Scoot plans to increase the number of flights to Japan and Taiwan as border restrictions are eased further. From Singapore, the budget airline currently flies nonstop to Tokyo Narita and Seoul-Incheon on a daily basis, on top of five-times-weekly services to Osaka and three-times-weekly flights to Jeju. At the end of October, Scoot will increase the frequency of flights to Jeju to five times per week, and its Osaka service will go daily. Ski holidays in Hokkaido are also back on the agenda, as seasonal nonstop flights between Singapore and Sapporo will be operated from November 2022 to February 2023.

Scoot also offers flights to Tokyo, Sapporo, and Seoul via Taipei. From the end of October, the frequency of its Singapore–Taipei–Tokyo flights will be bumped up to daily, while thrice-weekly services to Sapporo via Taipei and five-times-weekly Singapore–Taipei–Seoul flights will be reinstated. Consequently, Scoot will transport passengers between Changi and Taipei Taoyuan 18 times a week.

The budget carrier is now marking its return to four Mainland Chinese cities. On September 26, Scoot resumed weekly flights into Fuzhou and increased the flight frequency to Nanjing to twice a week. Singapore–Hangzhou services restarted earlier today, with Zhengzhou and Wuhan following suit on the 12th and 13th respectively.  Scoot is doubling the flight frequency to Tianjin to twice weekly starting tomorrow. But Mainland China still remains off-limits for foreign tourists, as its “dynamic zero-Covid” policy entails seven days of mandatory quarantine followed by three more days of home isolation.