Running until the end of August, the lucky draw will reward customers booked on selected flights from Singapore. 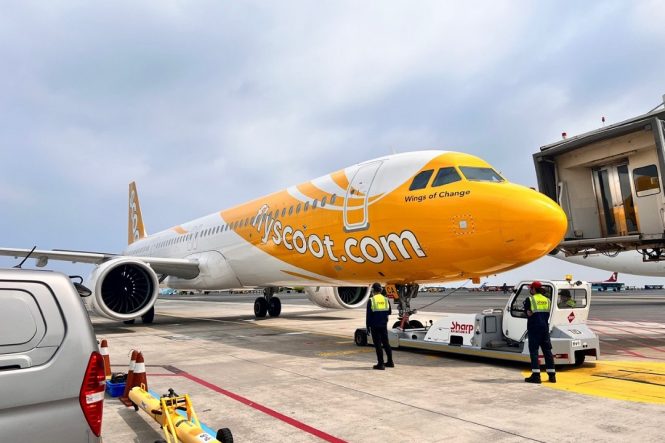 As Singapore Airlines’ low-cost subsidiary marks 10 years in the skies, the carrier is taking its anniversary celebrations to the next level with its largest-ever giveaway this summer. Dubbed “This is How We Party,” the special program will see 10,000 free tickets handed out across the months of June, July, and August to lucky winners on selected outbound flights from Singapore. Ten passengers on these services will each win a return trip to anywhere in Scoot’s network, which now encompasses 47 active routes to destinations ranging from Bali and the Gold Coast to Athens, Berlin, and London Gatwick.

Winners will be randomly chosen by cabin crew onboard these “Scootitude” flights through a lucky draw. On short-haul services with a travel time of up to three hours, passengers will be given a scratch card for the chance to win these tickets. The giveaway will also run on select regional radio stations, as well as via Scoot’s Facebook and Instagram pages.

The first “Scootitude” flight took place on June 4, when ten travelers aboard Sydney-bound TR 12 bound won free tickets, while the second giveaway was held on June 15 aboard TR 812, the inaugural passenger service to Jeju. Customers can look forward to more surprises in the weeks ahead as the celebrations for Scoot’s 10th anniversary continue, and clues for the lucky flights will be posted on the airline’s Facebook and Instagram pages. For more details, including terms and conditions, visit flyscoot.com. 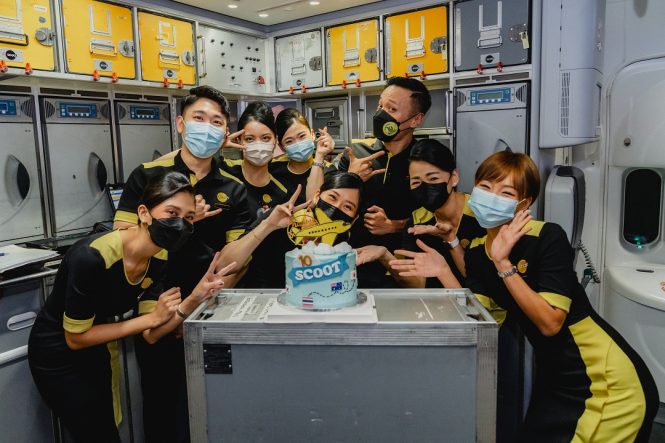 Cabin crew with a 10th anniversary cake aboard Scoot flight TR12 to Sydney on June 4.