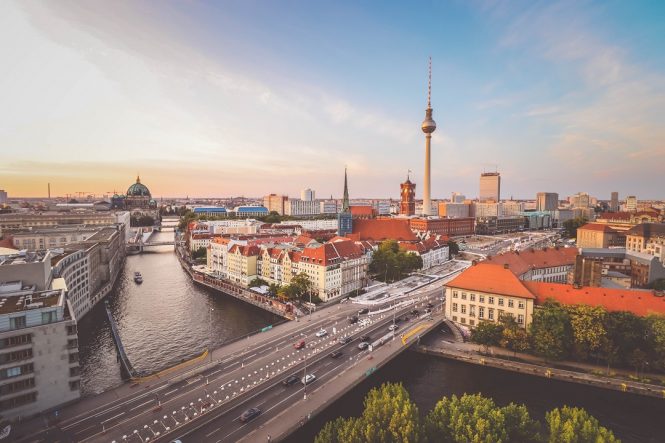 Scoot has announced that it will resume three-times-weekly nonstop flights between Singapore and Berlin on October 19, 2021, following Singapore’s expansion of its Vaccinated Travel Lanes (VTL) arrangements with other countries. The budget carrier will also increase the frequency of its non-VTL Singapore–Athens–Berlin return flights to four-times-weekly, with effect from October 17. Customers on these services will have to be quarantined for seven days when they arrive in Singapore. Thanks to the addition of nonstop services, Scoot will soon operate on a daily basis between Singapore and Berlin.

Boeing 787-8 Dreamliners will be deployed for the nonstop services. Scoot flight TR734 is scheduled to leave Changi at 1:40 a.m. on Mondays, Wednesdays, and Fridays, arriving in Berlin Brandenburg Airport at 8:45 a.m. after approximately 13 hours and 15 minutes in the air. From October 20, TR735, Scoot’s designated VTL flight from Berlin to Singapore, will depart at 11:20 a.m. and touch down in Singapore at 5:40 a.m. the next morning (some 12 hours and 20 minutes later).

As Europe is ending daylight savings time on October 31, Scoot’s timetable for nonstop Singapore–Berlin flights from November 1 until March 25, 2022 looks a little different. Berlin-bound travelers will arrive in the German capital at 7:50 a.m., while VTL flights back to the Lion City will leave at 10:45 a.m. local time. Departure and arrival times in Singapore remain more or less unchanged.

Flights to Berlin are now being sold on flyscoot.com, with promotional fares starting from S$200 or EUR180 (including taxes), available until 11:59 p.m. Singapore time on October 17. Passengers must ensure they are eligible for the VTL arrangements before their flights.

Customers with existing bookings for Scoot’s Singapore–Athens–Berlin and/or Berlin–Athens–Singapore flights who meet the VTL requirements may choose to be transferred to a nonstop flight with a one-time change fee waiver, though fare differences will apply. Scoot is also preparing to operate VTL flights from Seoul, South Korea, subject to regulatory approval. The commencement date will be announced in due course.