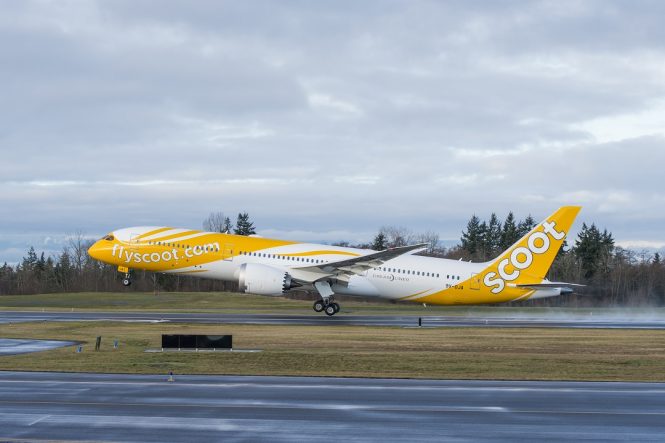 As Japan gradually reopens to overseas visitors, Singapore-based leisure travelers who are keen to revisit the country while saving on flights will be thrilled with Scoot’s latest efforts to rebuild its regional Asian network. The budget carrier is now selling tickets to Japan, six weeks ahead of the debut of its first nonstop service to Tokyo, which will soon be followed by the restart of its Osaka flights.

Set to begin on August 1, the daily return journeys between Singapore and Tokyo Narita will utilize Boeing 787-9 Dreamliners. Outbound service TR 808 is a red-eye flight that’s scheduled to leave Changi at 1:10 a.m. and arrive in Narita at 8:55 a.m. local time. Meanwhile, Singapore-bound flight TR 809 will take off from Narita at 10 a.m., and is estimated to land at Changi at either 4:20 or 4:30 p.m. depending on the day.

The low-cost carrier hopes to offer customers more accessible and affordable options for getting to Japan. Before the Covid-19 pandemic, Scoot operated direct services to Tokyo via Taipei and Bangkok. Lead-in fares for Singapore–Tokyo Narita and Singapore–Osaka start from S$263 and S$296, respectively (taxes inclusive, one way).